Unexpected Adventures On A Weekday

My original plan for Wednesday was to head in to the city to win some Card Captor Sakura towels and play some arcade Tsum Tsum, and I did end up winning some towels, but not from the Game Center I was planning to go to.

A friend of mine has recently gotten into Babymetal and Sakura Gakuin (さくら学院) as well, since the girls were originally from the group. I sometimes help him get items that are only available in Japan, and in this case, the Sakura Gakuin group came out with a new CD recently. There is a normal version of the CD and three special editions. If you buy the CDs from a Tower Records store, you get a special limited poster for the normal version, and a different special limited poster for any one of the special editions. On top of that, the Tower Records cafe (one location in Shibuya) is hosting a very limited collaboration “menu” consisting of one item. If you buy this meal (a dessert plate and a drink), you get a photo as a bonus. Along with the dessert plate, the cafe is also selling a cute lunch box and a mug. 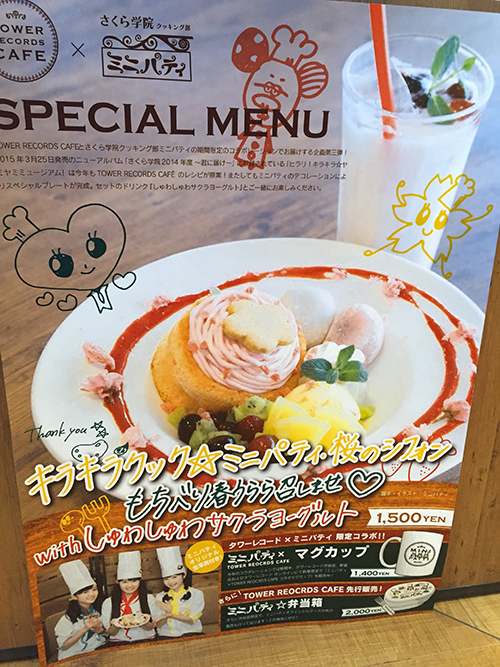 Today’s first stop was to the cafe since Shibuya is the furthest away from me. I was expecting it to be as crowded as the limited Pokemon Cafe was, but thankfully, I only had to wait five minutes before sitting. 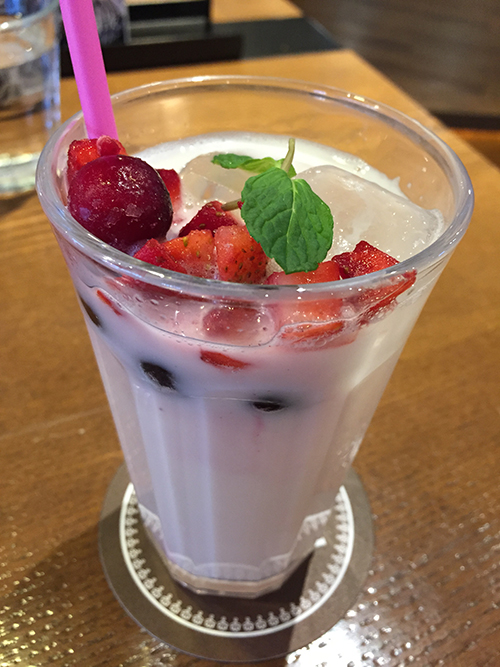 The first item from the set meal that came out was the drink. It’s a yogurt drink with slight carbonation, but it was my favorite from the entire set. 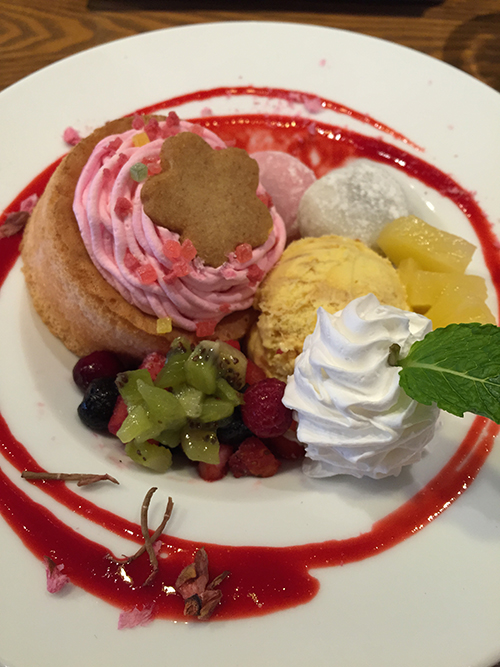 Next up, the actual food! Looking at it all together, it seems like something a kid might choose for dinner. The cake with sakura frosting on top was delicious, as was the cookie, and the ice cream. I’m not a fan of red bean paste, so the daifuku was meh. Also the fruit was disappointing because it was all frozen. 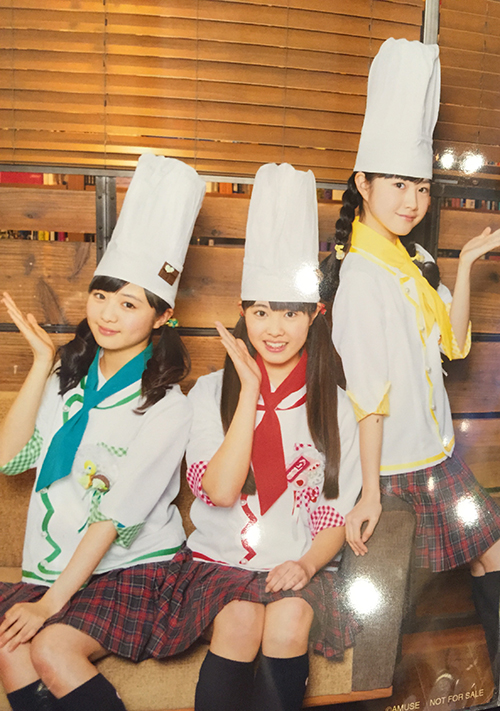 Here is a shot of the photo that came with the meal!

After finishing up, I swung by the nearby Adores Game Center for Card Captor Sakura towels, and was not disappointed. 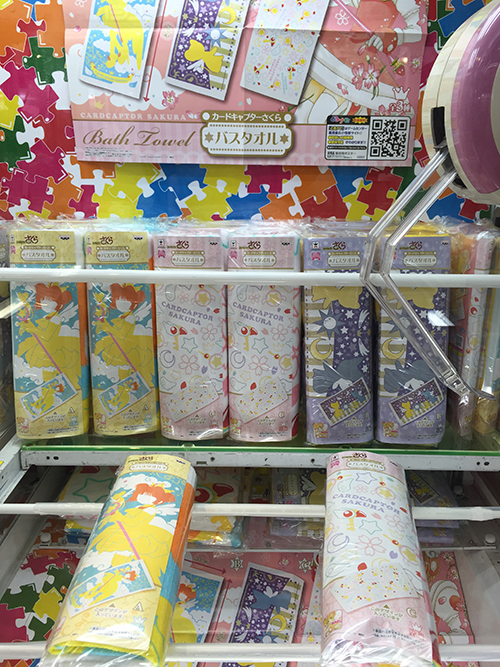 The setting level for the machine was fairly easy, but I still needed the staff to move one of the towels to the side (which they did!) I was able to get all three of the designs, plus an extra one.

Following this, I went to a different game center in a different part of Tokyo (close by to the Shinjuku Tower Records location where the special posters were) and won two more towels plus a large size Monster Hunter Airou plush…which is an adventure all on it’s own! Unfortunately I didn’t take any pictures of the machine but I am still impressed I won it at all.

Off days are annoying, but it’s nice to have a good day of winning, even if it involves a little bit of work.