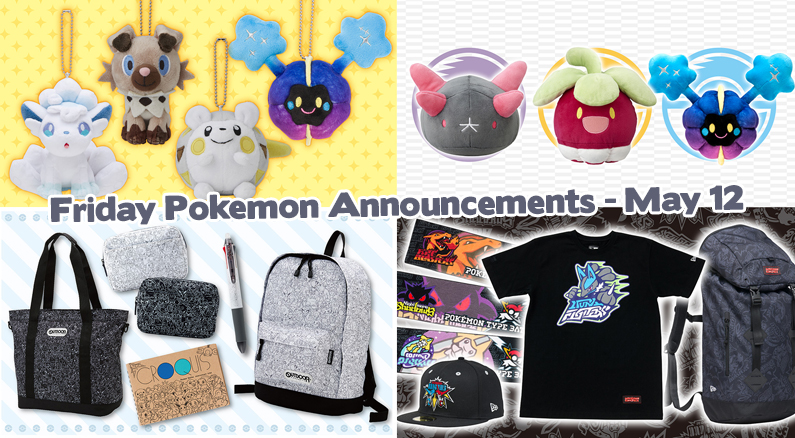 END_OF_DOCUMENT_TOKEN_TO_BE_REPLACED

We didn’t get any merchandise related news tonight from the official Pokemon site, so instead of the usual merchandise announcement review post, I come bearing a surprise Pokemon Center Report.

The second part of the Sapporo Center re-opening festivities happened Wednesday February 1st in Japan. Along with the Vulpix Pikachu Poncho promotion, there was also a cute little campaign. Starting February 1st, visitors to Pokemon Centers across Japan would get 1 clear art card featuring 1 of 3 random designs. Also, for every 2,000 yen spent, customers would receive 1 of 4 blind packaged coasters. Usually these randomly given out bonuses are not actually blind packaged but rather in a pile and randomly given out, so it was a surprise and honestly sort of a wasteful surprise since all that packaging is just going to go in the trash anyway, but you do you, Pokemon Center. Also, it seemed like the various Centers did not do a good job of shuffling the designs because a lot of people were getting doubles, triples, and quadruples of certain designs (sometimes even more) while getting very little to none of the others.

With big thanks to Japan Stuffs, I was able to get one of each of the non-exclusive designs. and ice cream (Hokkaido is also famous for dairy).

The Sapporo Center had an exclusive secret design for both the art cards and the coasters because they needed to do something special that was only for Sapporo.

Moving on to the merch! Alola Vulpix Pikachu was the big seller of the day. Both normal and mascot sizes sold out quickly on both Amazon and the online Pokemon Center store. and both him and his mascot size companion are still available on-line. To be fair, I think the red/brown color they chose, especially for the smaller mascot, is maybe a little too dark, but that doesn’t change the cuteness level.