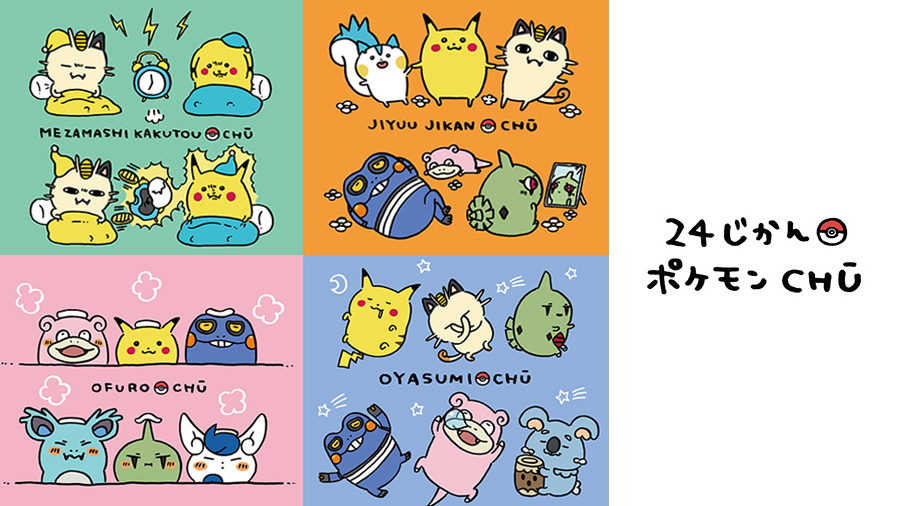 A new Pokemon Center collection, called “24 Jikan Pokemon Chu” (24 Hours With Pokemon) and based off of Line stamps created by the illustrator Nagano, will go on sale in Japan October 5th (Saturday).

The collection primarily features Pikachu, Meowth, Slowpoke, Larvitar, and Croagunk as they go about their daily lives: waking up, hanging out, bathing, and sleeping.

The merchandise line-up features a variety of every-day use items from various stationary to socks and plushies!

Get ready for the month of “It’s not quite Halloween but I guess it’s fine” aka September!

This month gives us some Halloween plush, the continuation of the Korotto Manmaru Colorful series, and a couple other surprises.

From the I Love Gengar line, an extra large Gengar plush (measuring about 34 cm) will start appearing in game centers around Japan from September 10th (Tuesday).

The Colorful Korotto Manmaru series continues with brown for September. This set, which will start appearing in game centers from September 12th (Thursday) includes Cubone, Hitmonlee, and Eevee, with each plush measuring about 22 cm.

From the Mogu-Mogu (Snack) Time series…

An extra large plush of Slowpoke, measuring about 40 cm, will start appearing in game centers from September 19th (Thursday).

Smaller sized plush of Raichu, Meowth, Gengar, and Ditto, each measuring about 12 cm, will start appearing in game centers from September 26th (Thursday).

Last but not least, from the general Pokemon Sun & Moon series…

A set of smaller sized mascot plush with little elastic bands for easy attachment will start appearing in game centers from September 12th (Thursday). This set includes Pikachu, Charmander, Bulbasaur, and Squirtle, with each plush measuring about 12 cm.

That wraps up the Banpresto releases planned for September! What are you most excited for?

Pokemon Surf, unsurprisingly a Pokemon Center promotion all about Pokemon surfing, was released at Pokemon Centers and Stores around Japan July 20th (Saturday).

The four main Pokemon featured in this release were Pikachu, Marshtomp, Slowpoke, and Oshawott.

(I’m honestly surprised they didn’t include Piplup, but maybe even the merchandising team felt Piplup needed a break.)

The star Pokemon were made into surfing mascot plush, metal charms (minus Oshawott)

And die-cut stickers (along with Raichu who super loves surfing)!

There were also cute surfboard charms because why not

An item of note is the iPhone shell case which sort of looks like wood.

That wraps up this week’s Pokemon Center Report! Stay cool and don’t forget the sunscreen when you go out. 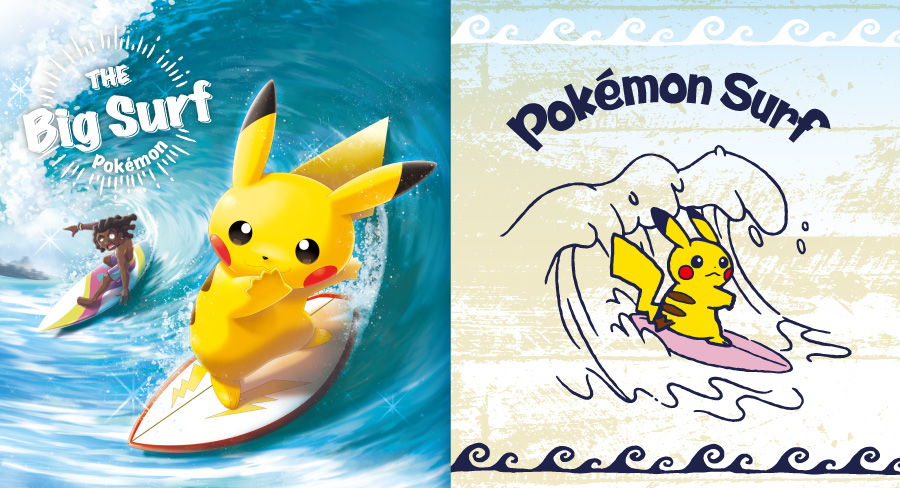 This promotion is all about surfing under the shining summer sun and features Pokemon battling the waves and looking cool.

The merchandise line-up includes mascot plush, keychain charms, stickers, and an acrylic charm collection of a variety of Pokemon on surfboards.

There are also a plethora of other items, including a cute plastic cup, tote bag, pouch, two types of phone cases, and some stationary items as well, such as notebooks, sketchbooks, a PET sticker sheet, and a pencil board for writing on, as well as the eponymous Pokemon Center A4 sized clearfile.