The Oceanic Operetta Pokemon Center promotion was teased at on a pamphlet distributed from Pokemon Centers since a bit ago, but we finally got an official release announcement via the Japanese Pokemon website on Friday.

Scheduled to go on sale at all Pokemon Centers & Stores around Japan on July 6th (Saturday), this promotion merges elegant water type Pokemon with a musical aquatic theme.

The stars of the promo are Milotic, Vaporeon, and Primarina, who in this case really are the divas of the ocean. There will be a plush of each of them 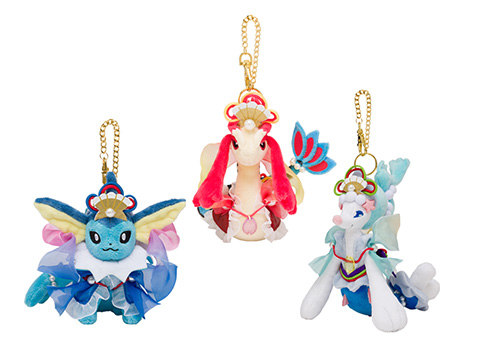 As well as mascot plush versions.

Along with the plush, each of the star Pokemon get an acrylic stand charm (not blind packaged!), a hand towel, a pen (included in a set of 3 Sarasa colored pens), and cute transparent pass cases with a reel type strap.

The concept is all about a sparkling under the sea image and to recreate that, a lot of the items are pastel, transparent, and glittery. 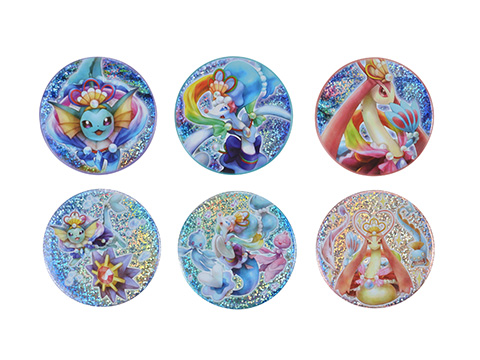 The blind packaged item for this release are mini candy tins, all decked out with glittery jewels. There are 6 designs in total with no secret designs.