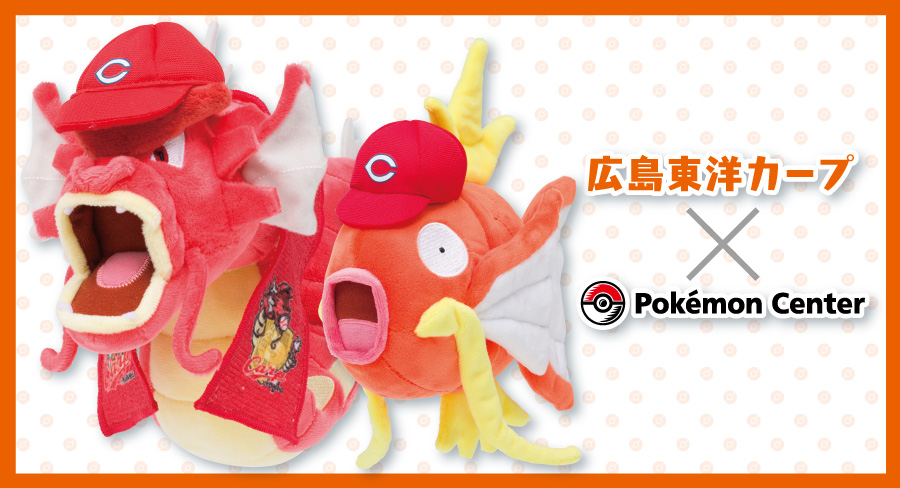 The Hiroshima Toyo Carp baseball team is once again collaborating with the Pokemon Center – this time, with super cute Magikarp and Gyarados plushies!

Get hyped for baseball with a cute Pokemon baseball buddy!

The charm point for this release are the tiny baseball caps that Magikarp and Gyarados are wearing.