This past weekend gave us the return of the Japanese Style Pokemon promotion, this time featuring three different designs: a cute candy style, Rowlets, and a traditional Japanese papercut style featuring Mt Silver. Along with the main line-up, we also got four plush and four mascot plush!

First up, the plush! These plush are designed to look like they’re hand-made of crepe-like material.

Both the plush and mascot plush feature Pikachu, Rowlet, Litten, and Popplio.

The Japanese Style promotion had a bunch of non-traditional Pokemon Center items, along with some traditional items with a twist.

These coin pouches are not necessarily standard but have been sold before, however, I thought the Rowlet design was pretty cute and original.

Here are some examples of the candy design on some items (bag chain, earrings, and a cute memo-pad). These hard candies are standard fare for traditional Japanese sweets. Made primarily of sugar, the circular flat candies, known as Kintaro-Ame, originally hail from the Edo period and are usually found in most Japanese sweet stores.

The blind packaged charms feature these candy charms mixed with konpeito, another traditional Japanese candy. (Note: these aren’t really sweets! They just look like them!)

Included in this promotion were a bunch of Rowlet themed silverware and kitchen stuff. Most of the items are featured in the banner for this post, but also included were cute and simple chopsticks and chopstick holders. More items! Of course no promotion is complete without some pouches, and here you can see an example of a Mt Silver pouch

Surprisingly, the Pokemon Center decided not to go with konpeito or Kintaro-Ame for their candy tin; instead, they went with soy sauce flavored rice crackers in two different tins (Rowlet and Mt Silver). That concludes this report of the 2017 Pokemon Japanese Style promotion!

What was your favorite item from the release? 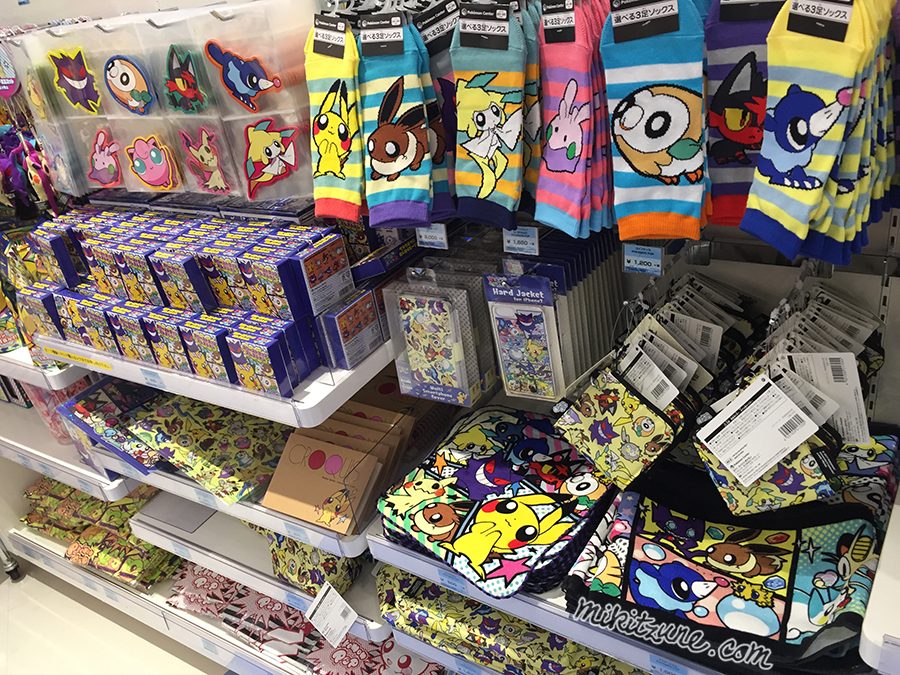 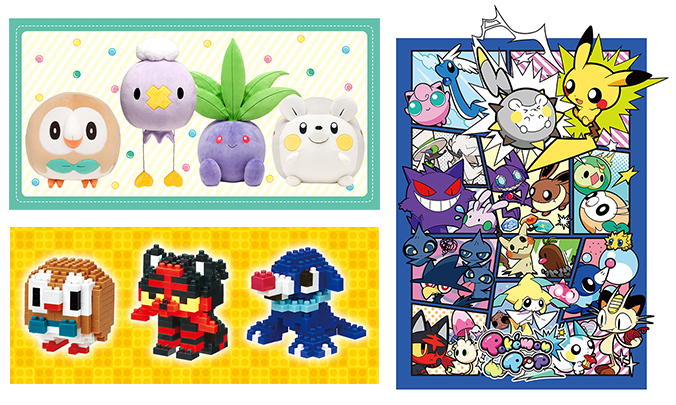 We got a bunch of exciting announcements on Friday, Japan time. Because everyone loves these super soft and squishy cushions, the Pokemon Center is bringing out four new ones, with the theme being round and cuddly Pokemon! The four Pokemon included in this mini release is Rowlet, Drifloon, Oddish, and Togedemaru, with each cushion plush costing 4,536 yen after tax.

They will go on sale at all Pokemon Centers and Stores in Japan starting April 29th (Saturday).

New NanoBlock Pokemon sets will also go on sale starting April 29th (Saturday). The sets will be for Litten, Popplio, and Rowlet, with each set costing 1,296 yen after tax. The popular Putitto gacha series will come out with new Pokemon figures on April 29th (Saturday). Unlike most gacha relases, these figures will be Pokemon Center exclusives, but still gacha machine prizes, meaning the figures will be distributed randomly, with 1 play costing 300 yen. The line-up for this set includes: Charmander, Bulbasaur, Squirtle, Gengar, Mew, Meowth, and Psyduck, with no secrets. Last but certainly not least, a brand new promotion is coming out April 29th (Saturday), called Pokemon Pop! This promotion offers a variety of items featuring original comic-style illustrations of some popular Pokemon, including Mimikyu! The merchandise line-up includes a bunch of Pokemon Center staples (blind packaged charms, clearfiles, Pokemon Center cookies, and phone cases, among others) plus a couple unique items (drinking glasses instead of hot drink mugs!) We also have the ever popular 3 pairs of socks for 1,080 yen deal. On a final note, the Kuttari Plush Series comes out later today (Saturday, April 15th) in Japan and there is still time to pre-order any items you might want!