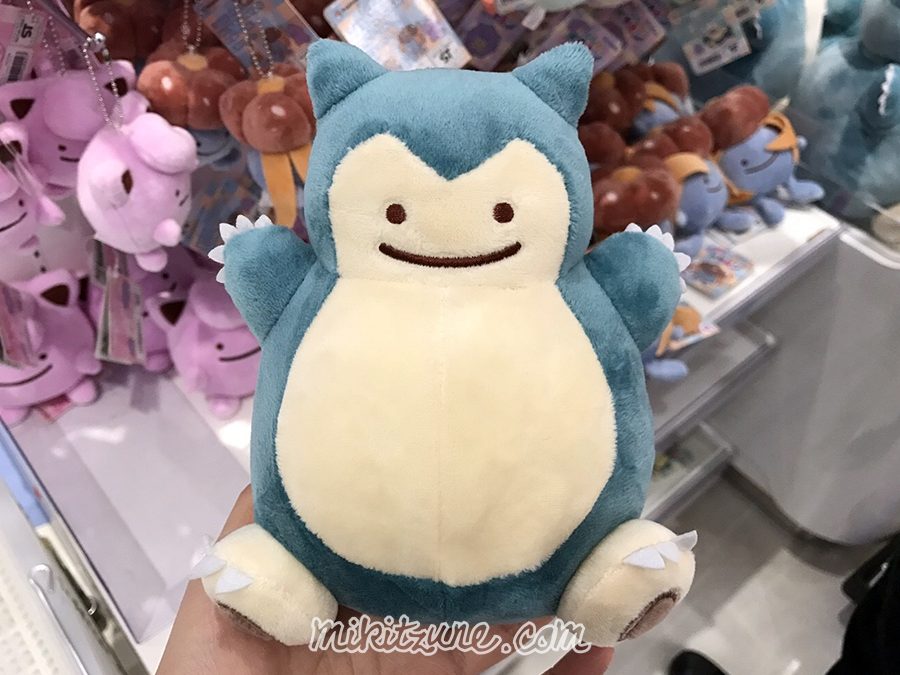 Unlike the first, second, and third releases, this time we got more than just plush and mascot plush, which was exciting. But we can’t forget the plush so let’s start off with them!

The Pokemon featured in this set of plush were Koffing, Jigglypuff, Magnemite, Gloom, and Snorlax. I forget how cute the Ditto plush are every time until a new batch is released and then it’s a struggle not to buy them even though I don’t even collect these Pokemon. But look at them!

The mascot plush are somehow even cuter just because of the size. They’re so tiny and their little faces! Looook at theeem! I want to say “this Pokemon is especially cute” but honestly they’re all adorable in their own weird way. Something I wasn’t prepared for: how cute the tissue box cover is?! Look at it! It looks so soft, and that little Ditto and that little Pikachu, they’re just so cute! There is no way to be miserable, even while blowing your nose once every five seconds, when your tissues are covered in this soft cuteness.

There was a bunch of reversible items, playing off the Ditto transformation theme, and one item that surprised me was the reversible drawstring pouches. I assumed they’d be the same size as the usual bags (what I usually refer to as dice bags) but these are huge?! Pikachu can be turned inside out to reveal Ditto and Espeon turns inside out to reveal Umbreon. Another cute reversible item: this Snorlax cushion can be turned inside out to reveal Ditto (although this Snorlax is precious so you might need two so you can just have Snorlax and Ditto on display at the same time).

More reversible items! Each pouch can be turned inside out to reveal a different design on each side. The Bulbasaur pouch hides Squirtle and Charmander while the Pikachu pouch hides Raichu and Pichu. All the pouches are super soft as well for an added bonus. The tea cup and bowl set proves that you can eat your soup and drink your tea, too. Or if you want to spice things up, tea soup! For a while, having earrings in a Pokemon promotion was a rare treat, but it seems like this might become a staple promo item soon if not already (great news for people with pierced ears who like Pokemon!) For this promo, there was also a non-pierce version for people who like earrings but not holes in their ears. Pokemon Center socks are my favorite socks in the entire world. As with every single sock sale in all of Japan since forever, the Pokemon Center was only selling these in sets of 3 for 1,080 yen (after tax). Get three different socks or get three of the same one so you can have two to use and one to save forever in mint condition.

A couple miscellaneous but equally cute items. Aside from the clearfile set, the small hand towel and phone case were two other items you could buy that featured the main Ditto Transform artwork (which ps is adorable). And speaking of phone cases, it seems like the flip phone case, designed to hold any medium sized phone, is replacing the very specific iPhone cases the Pokemon Center has been selling for years – I guess because they realize people use more than just iPhones? Potentially good news for some people, although in my case, I don’t like flip phone cases.

Also of note, the pens are erasable. And that brings us to the conclusion of this week’s Pokemon Center Report!

If you’re interested in buying any of the items mentioned in this post, or pre-ordering items coming out at the Pokemon Center, check out Japan Stuffs for all your Pokemon Center needs!