This week’s Friday Announcements post has a ton of photos, so get ready~ 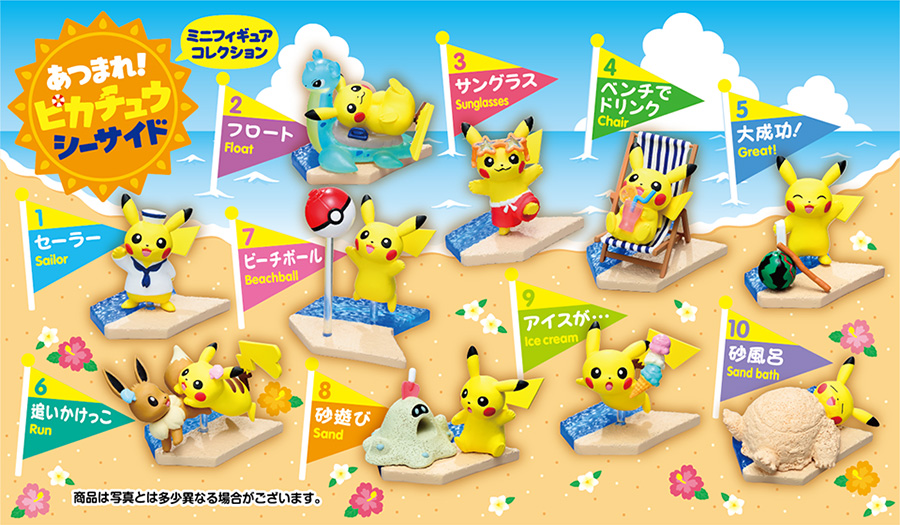 A new Pokemon Center original blind-packaged figure collection, called Atsumare! Pikachu Seaside (Collect Them All! Pikachu Seaside) will go on sale at all Pokemon Centers and Stores in Japan July 13th (Friday). This set will have 10 figures in total, and each blind packaged figure costs 500 yen including tax. Although the collection is mainly Pikachu, there is a bonus Lapras (floaty toy), Eevee, Sandygast, and sort of Snorlax thrown in for fun. 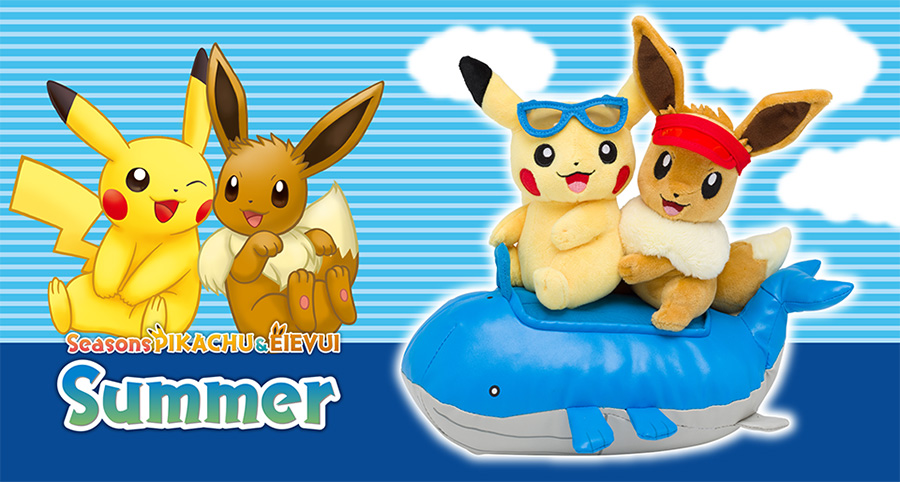 There will be a pair plush of Pikachu and Eevee for all four seasons, starting with summer. I’m excited to see what we get next for fall!

The two designs are Mewtwo and Zeraora. Each pack has enough sleeves for a full deck plus a few extras and costs 777 yen including tax. 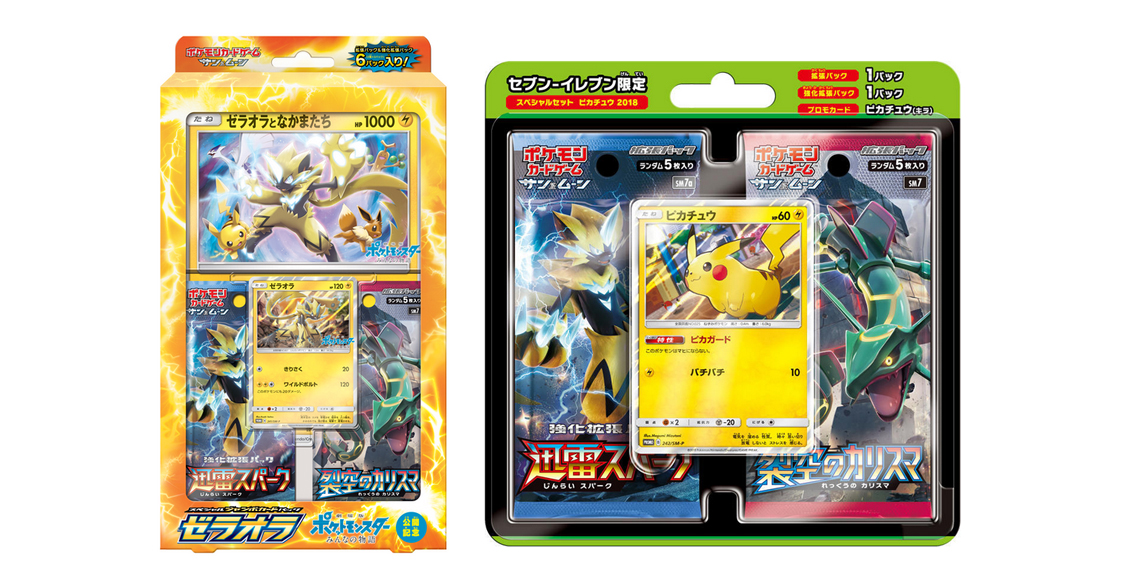 A jumbo Zeraora card set will go on sale starting July 13th (Friday), costing 1,188 yen after tax.
These card sets will be sold at movie theaters or places where Pokemon movie tickets are sold. 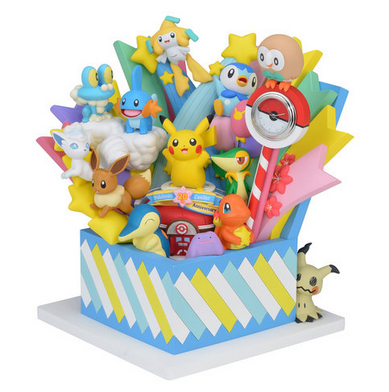 Pre-orders for this gorgeous clock will run from July 13th (Friday) at 8 am until September 2nd (Sunday) at 11:59 pm. Orders will start shipping out near the end of December 2018. 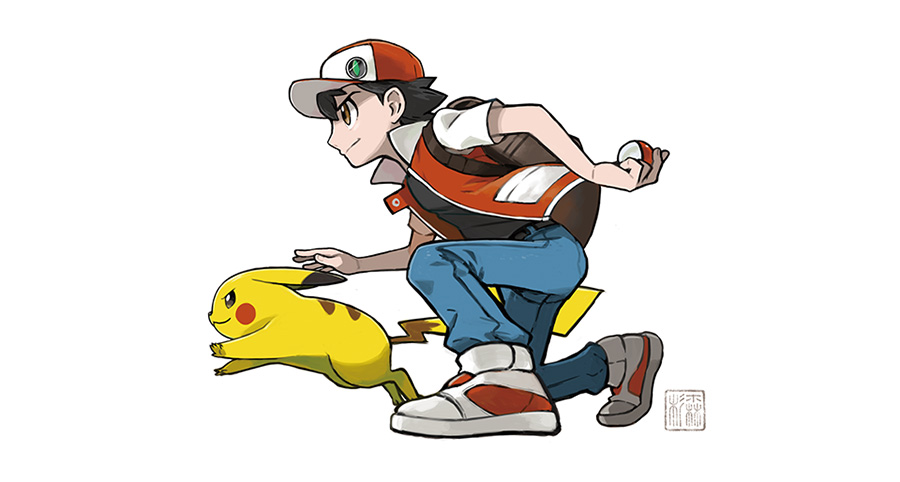 Speaking of the 20th Anniversary, a small promotional series featuring an original illustration by Sugimoto, will go on sale at all Pokemon Centers and Stores in Japan starting July 13th (Friday). 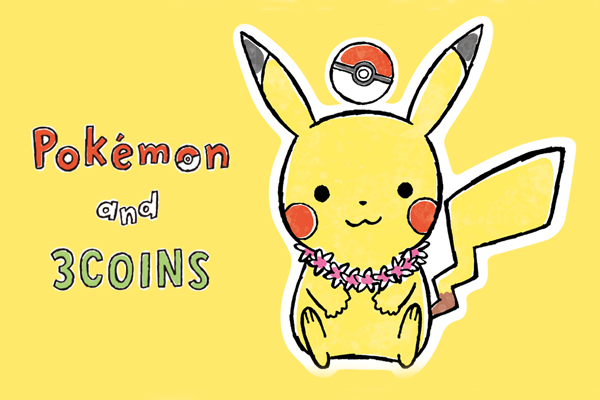 Last but not least, the Pokemon Center is collaborating with the 3 Coins discount store. A bunch of every day use goods, all costing 300 yen (plus tax) will be available for purchase exclusively at 3 Coin stores throughout Japan starting July 14th (Saturday).

Fun fact: 3 Coins is named so because most of the items sold in the store unless otherwise marked cost 3 coins (or in other words, 300 yen). The store mainly sells items that can be used at home, bags, pouches, umbrellas, kitchen related items, and other fun things, very similar to a 100 store but slightly more expensive.

Note: These items will not be sold at Pokemon Centers.

Starting June 30th, these cute Pokemon themed shopping bags will be given out with all 3 Coins purchases commemorating the opening of the 2018 Pokemon Summer movie “Everyone’s Story” July 13th (Friday). The Pokemon shoppers will only be available while supplies last, so if you want one, go sooner rather than later.