Today’s announcements brought exciting news for people disappointed by the lack of plushes from the up-coming opening of the Kyoto Pokemon Center. 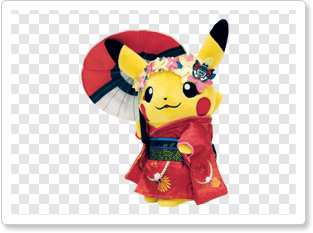 The plush we’ve all been waiting for! Along with the merch listed in this previous post, special Kyoto themed Pikachu plush will go on sale March 16th, the day the Kyoto Center opens it’s doors for the first time. 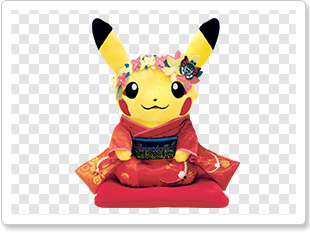 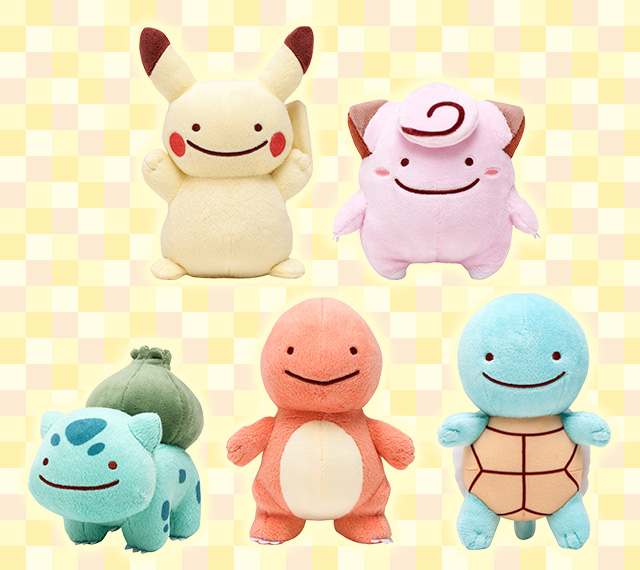 We also received the official announcement for the Ditto Transformation promotion coming out March 26th, which was semi “leaked” in the latest edition of Pokemon Fan. There will be both mascot sized smaller versions and normal sized plush versions of Ditto in the form of Pikachu, Clefair, Charmander, Bulbasaur, and Squirtle. 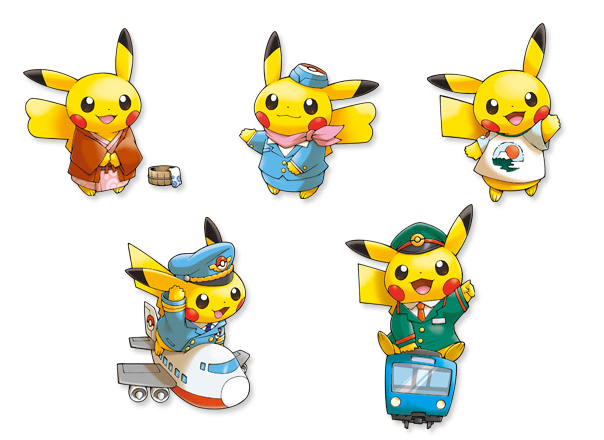 For people living in Japan, a special sticker campaign will start from March 26th. Customers shopping at all Pokemon Stores and Outlet Stores will receive 1 of these 5 Pikachu stickers for every 1,000 yen spent. Note that this campaign does not include Pokemon Centers. 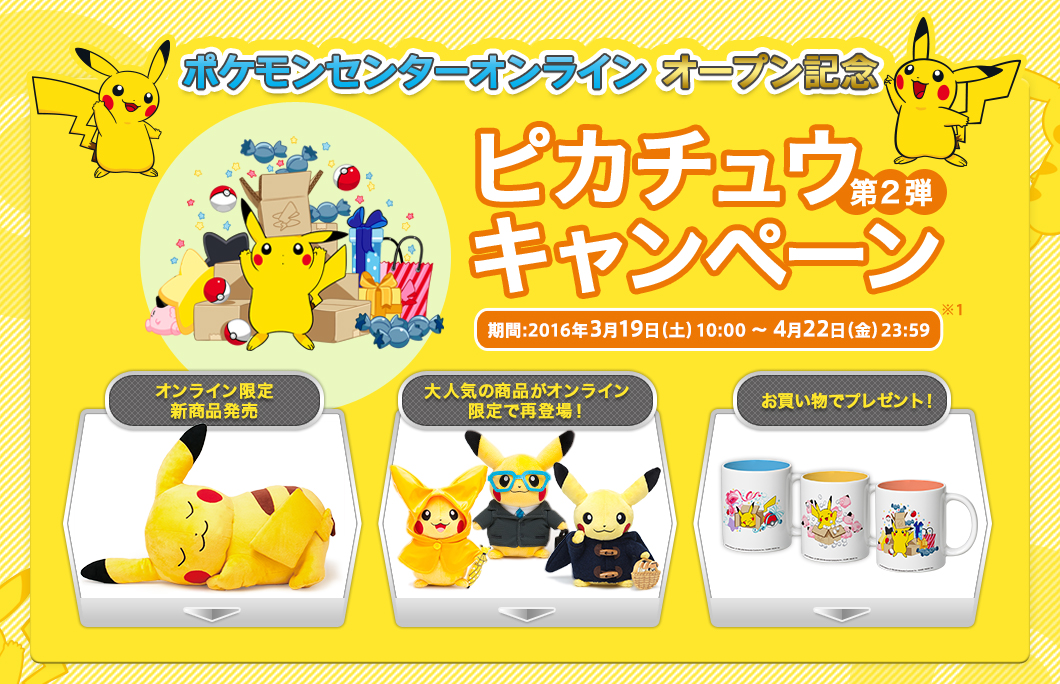 The second part of the Pokemon Center On-Line store’s grand opening campaign will start next week on March 19th. There will be three parts to this second wave:

This is the second week in a row where our Friday Pokemon Announcements were announced on Thursday. Will Thursday be the new Friday? Stay tuned next week when third time’s a charm!