This past weekend gave us three releases from the Pokemon Center: one small, two medium, and one big. 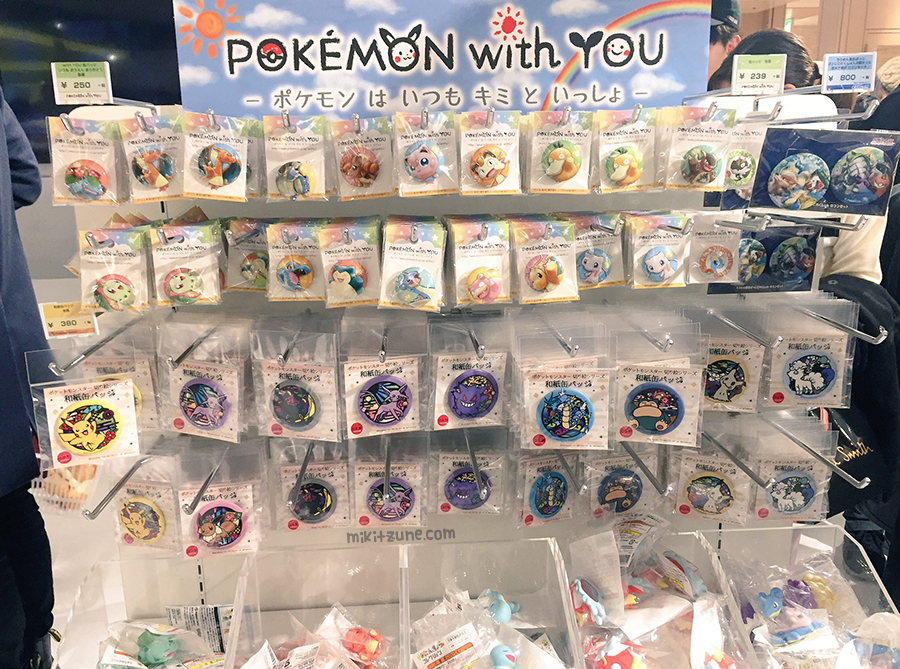 Starting off with small – a new and semi unexpected release of a new batch of Pokemon With You charity badges!

Also as you can see from the photo, they added in some of the older badges that I guess they had lying around in the back room. 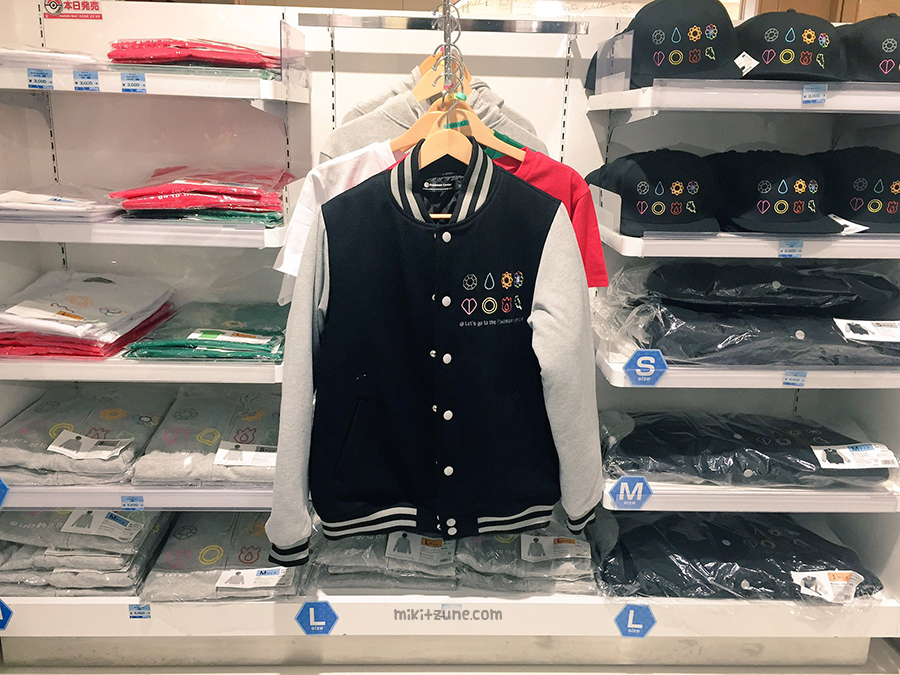 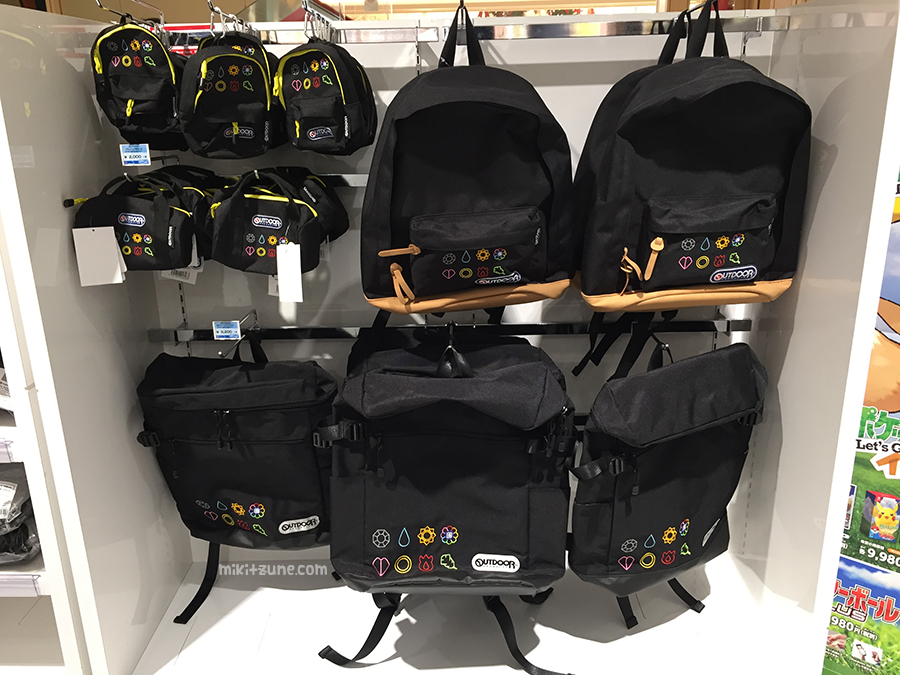 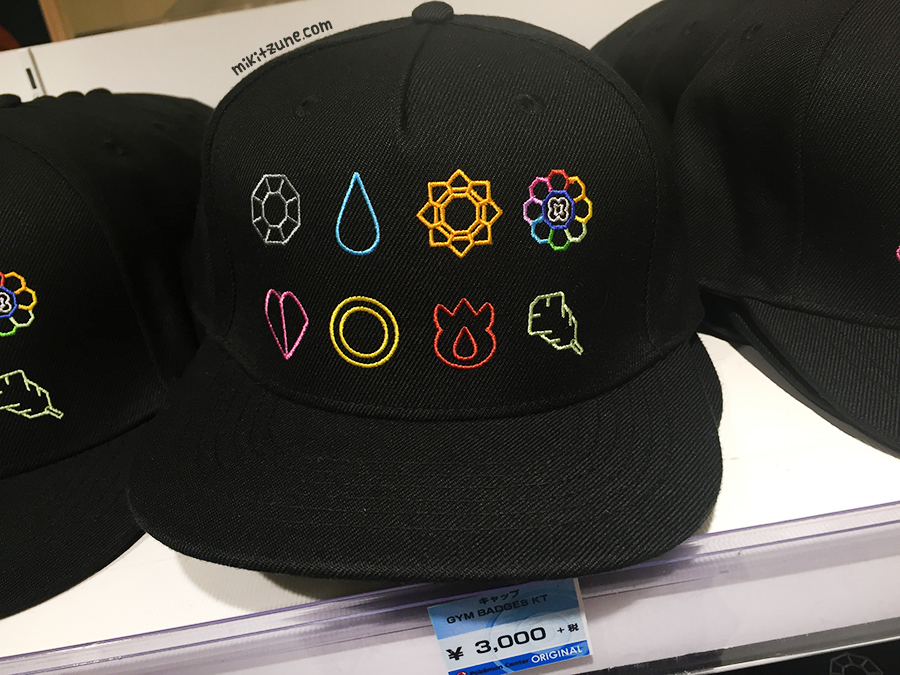 All of the items in the promotion featured this cool logo style design with the Kanto gym badges.

Out of all the items included, the hat and the varsity style jacket were my favorites <3 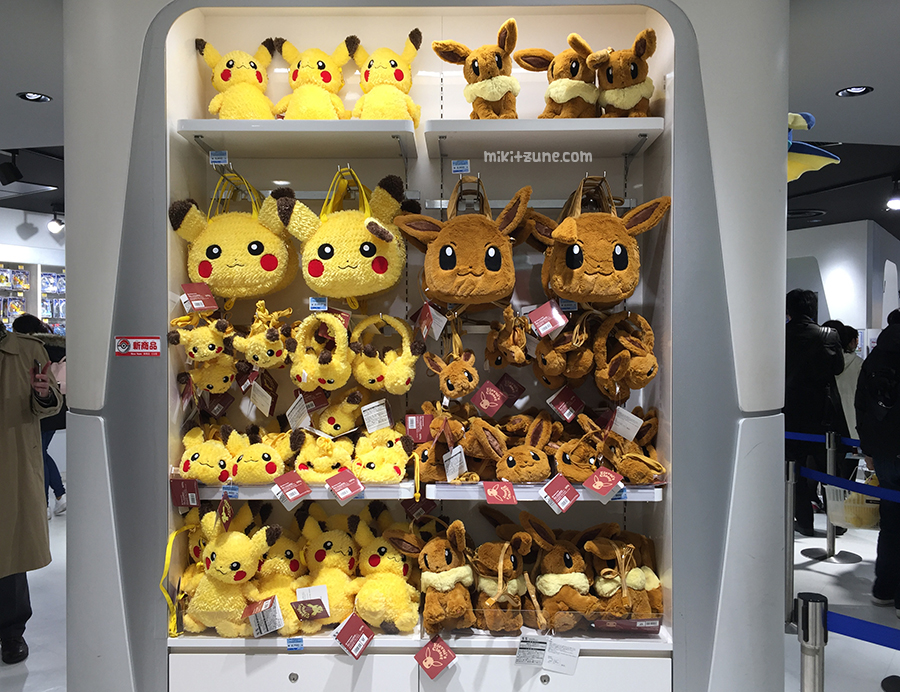 Unlike previous Pikachu’s Closet releases, this one focused on plush versions of Pikachu and Eevee but used as various pouches and bags.

The highlight from the release were the plush shoulder bags that are literally Pikachu and Eevee plushies in the Pikachu’s Closet style… but you can wear them over your shoulder!

Also yes, they’re technically “bags” but like most plush bags, there is not much room for stuff within their stuffing. You can maybe slide in some loose change or a couple tubes of chapstick. 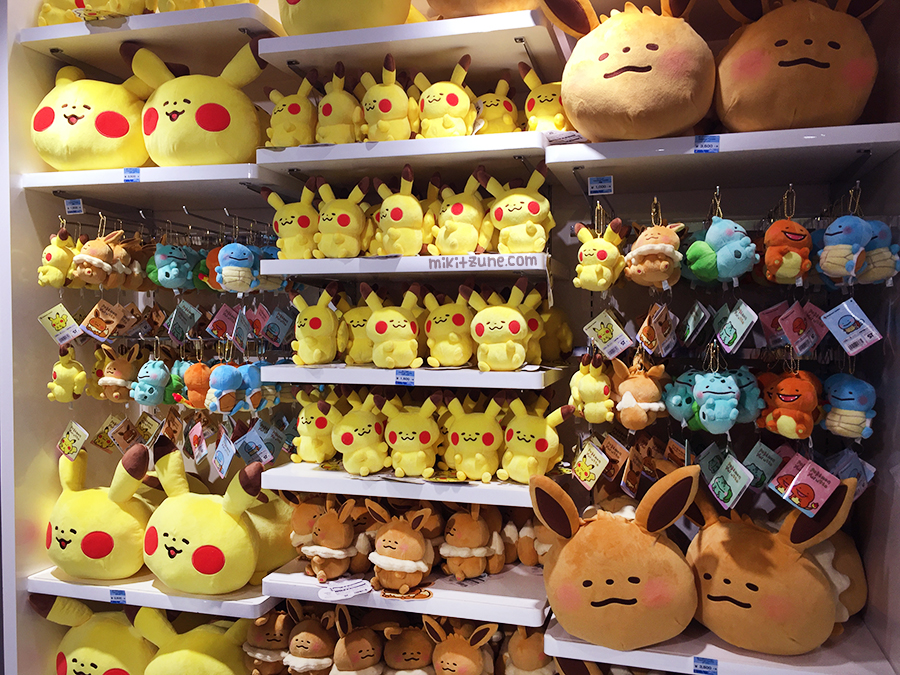 Last but not least – the big release! 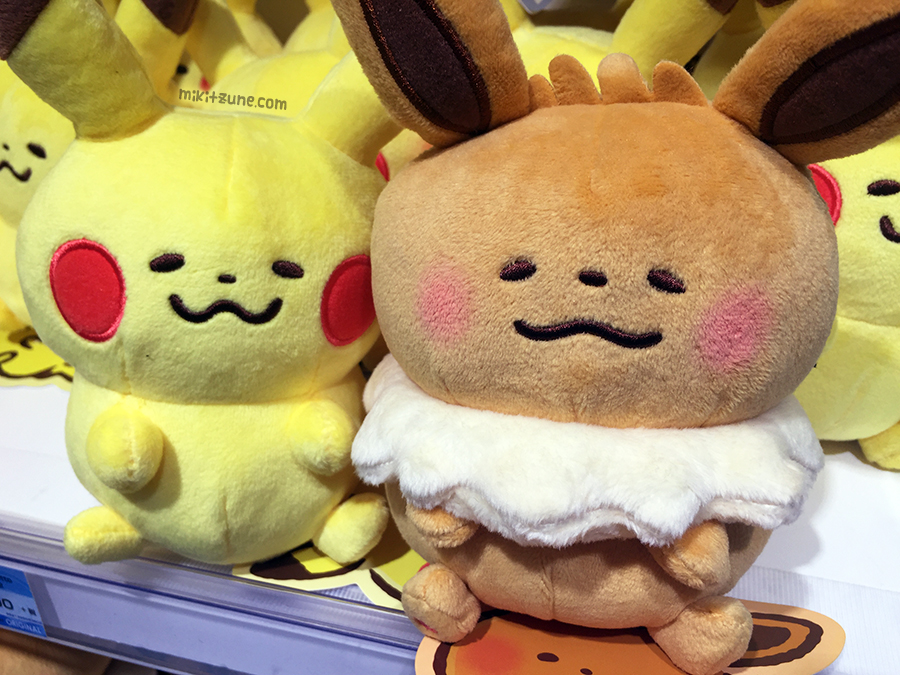 This release mainly focused on Pikachu and Eevee

As well as Bulbasaur, Squirtle, and Charmander

Along with plush and mascot plush, there were also larger sized squishy cushion plush of Pikachu and Eevee 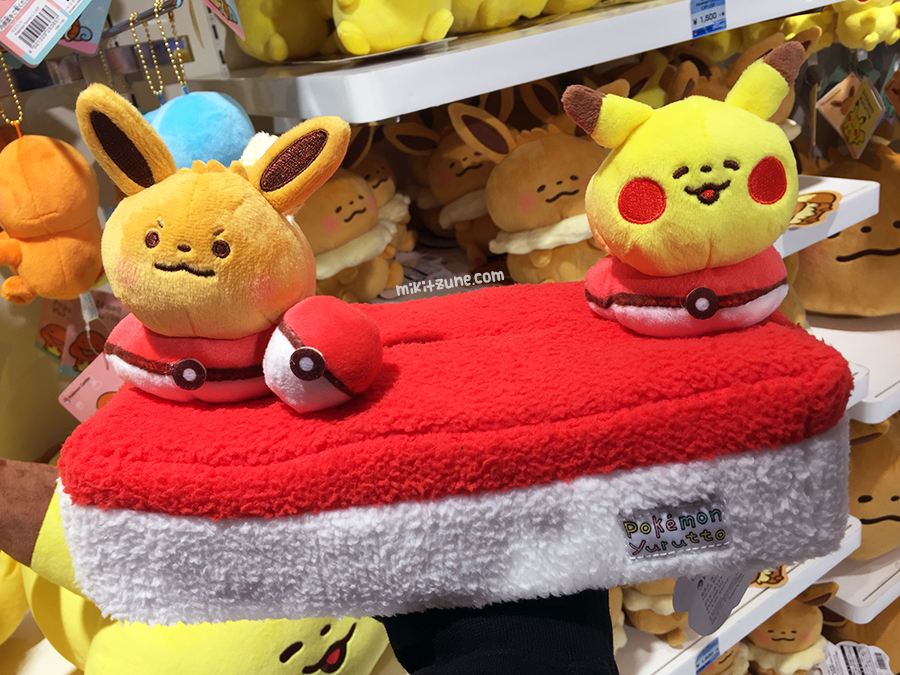 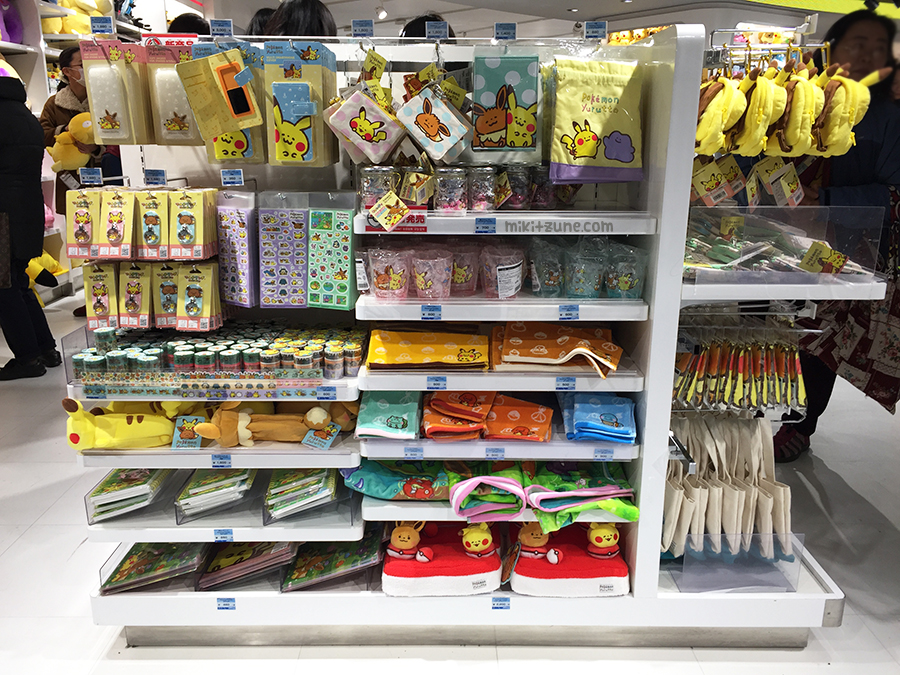 There was also a large selection of stationary related items, including three types of stickers, one of which sold out almost immediately (which I still don’t understand but okay!) and plush pen pouches of Pikachu and Eevee.

Two of my favorite items from the promotion!

Not only are the illustrations on the candy jar adorable but the candy is hard sugar with tiny Pikachu and Eevee faces on them!

The two cups are equally adorable. 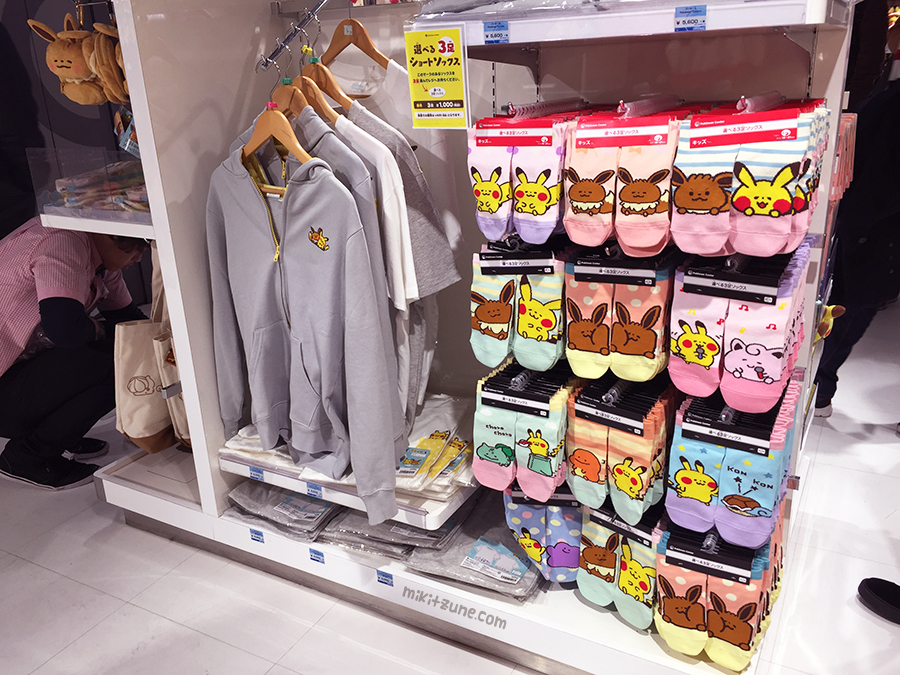 This promotion gets bonus points for including my favorite: 3 pairs of socks for 1000 yen (1,080 yen with tax)! 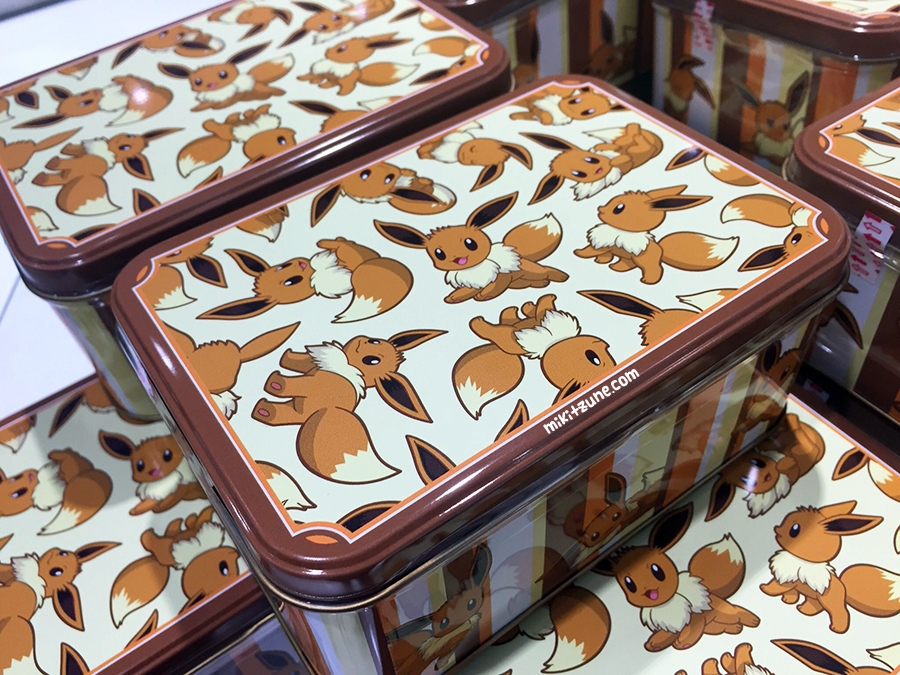 When I walked into the Pokemon Center at 10 am on Saturday morning, the first thing I saw were these adorable Eevee cookie tins, which are completely new as of this past weekend!

It’s delicious and the cookie tin is adorable as well!

That wraps up this week’s Pokemon Center Report. If you’re interested in getting any of the items featured in this post, take a look at my Japan Pick-Up Page over here!

Also stay tuned for an exciting give-away I’ll be hosting over on Twitter starting this Friday JP time.