This past Saturday brought us the second part to the Kyoto Pokemon Center grand opening promotion. 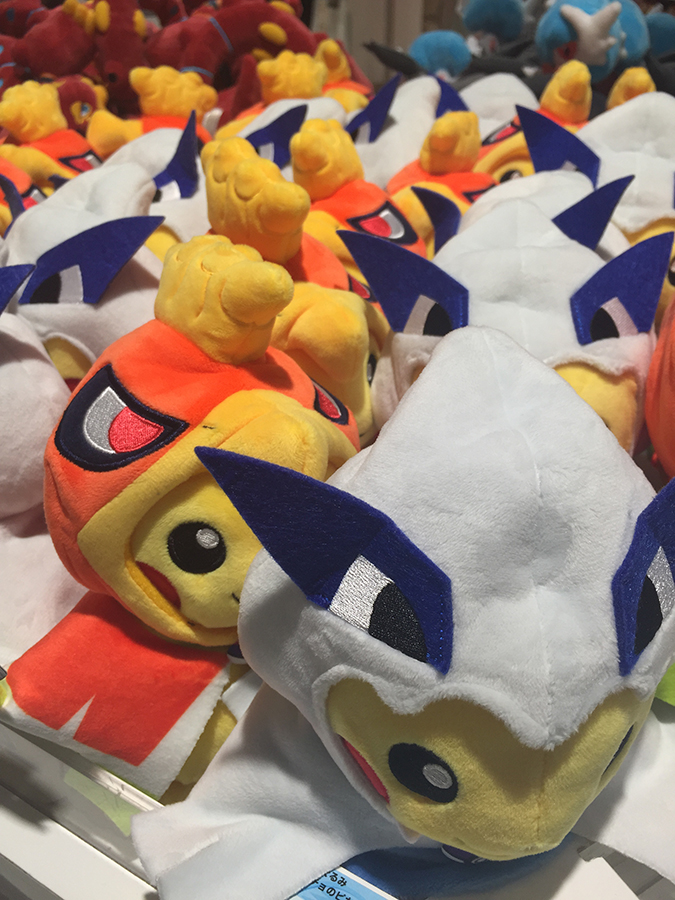 Unlike the first part where seemingly half the items were Kyoto exclusives, for part 2, nothing was exclusive to the new Center, so all the items in the line-up were available for everyone around Japan (and out). Also, while the Lugia and Ho-oh Poncho Plush were cute, I had a feeling they wouldn’t draw the same crowds as the Maiko plush from part 1 did… and I was right. While there was definitely a line at the Mega Tokyo Center leading up to the Center opening on Saturday, I would call it a medium sized line at best. 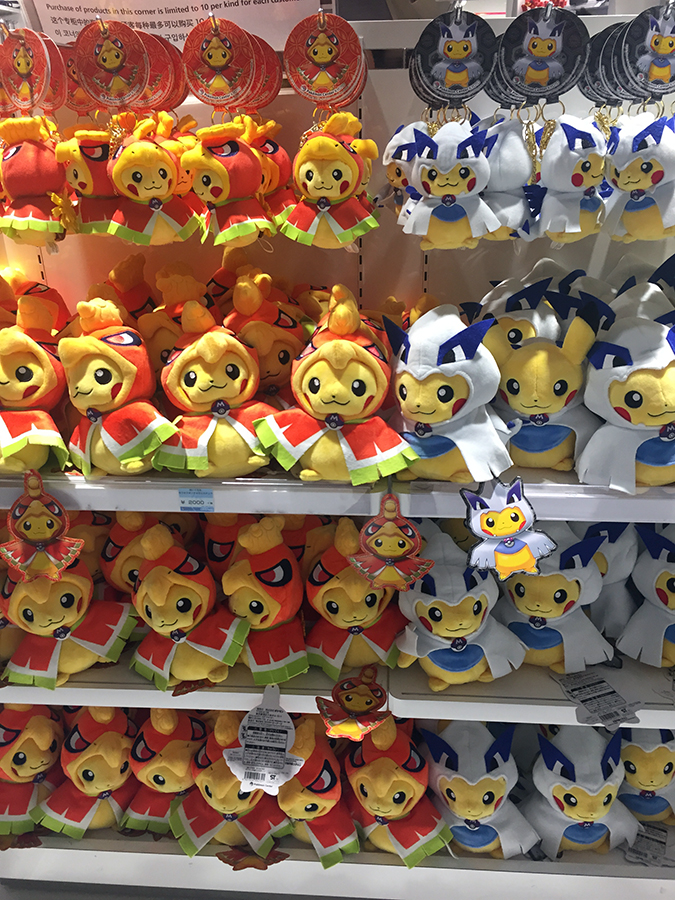 With that said, the stars of the promotion were definitely the Lugia and Ho-oh Poncho Pikachu plush! Having no bias toward either bird, the overall design for the Ho-oh plush made him my favorite. 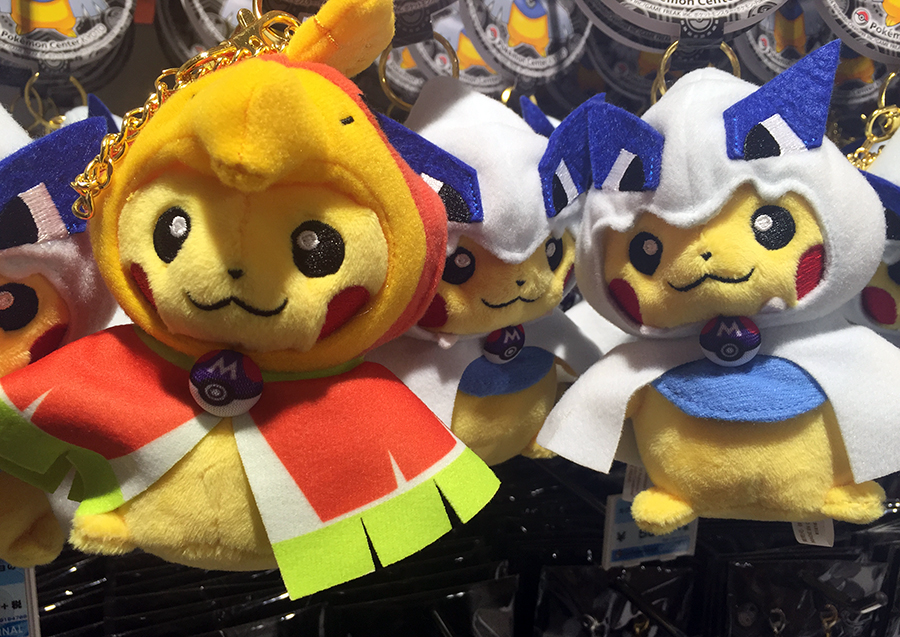 As always, there were smaller mascot sized versions of the two poncho Pikachus for people who prefer smaller plush or like attaching things to their bags. 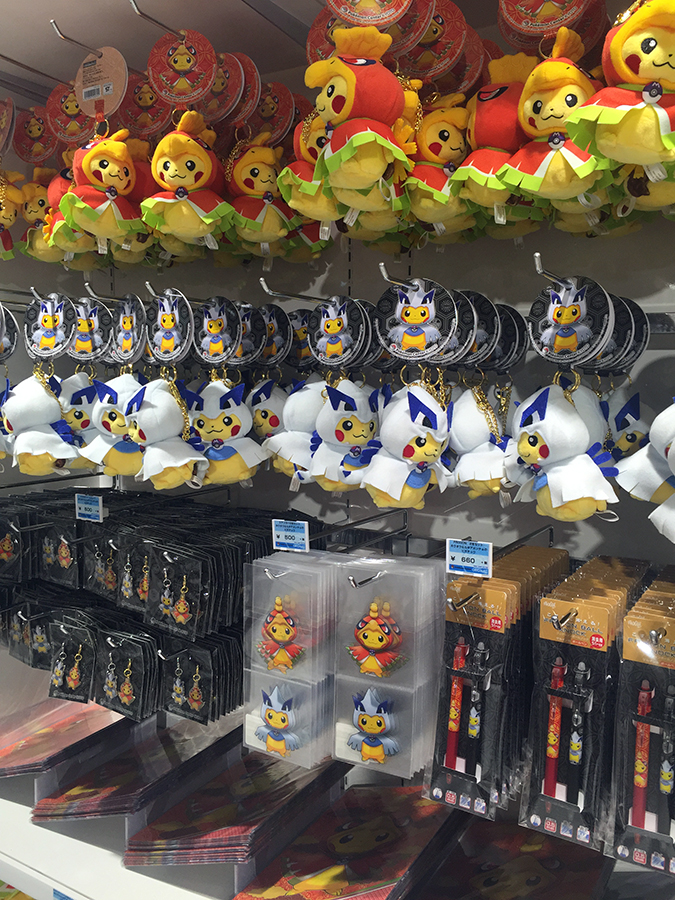 And for people who don’t like plush, there were a couple other items featuring the Lugia and Ho-oh Poncho Pikachu artwork, including stickers, a clearfile set, metal charms, and pins. 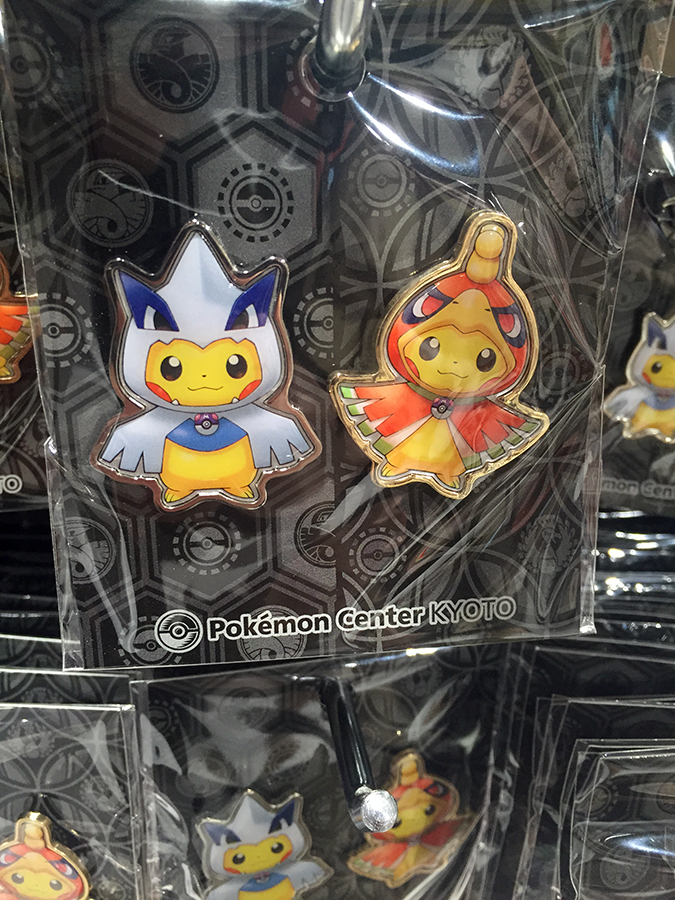 The pin set and the metal charm set actually ended up being two of the most popular items from the promotion, for some reason. 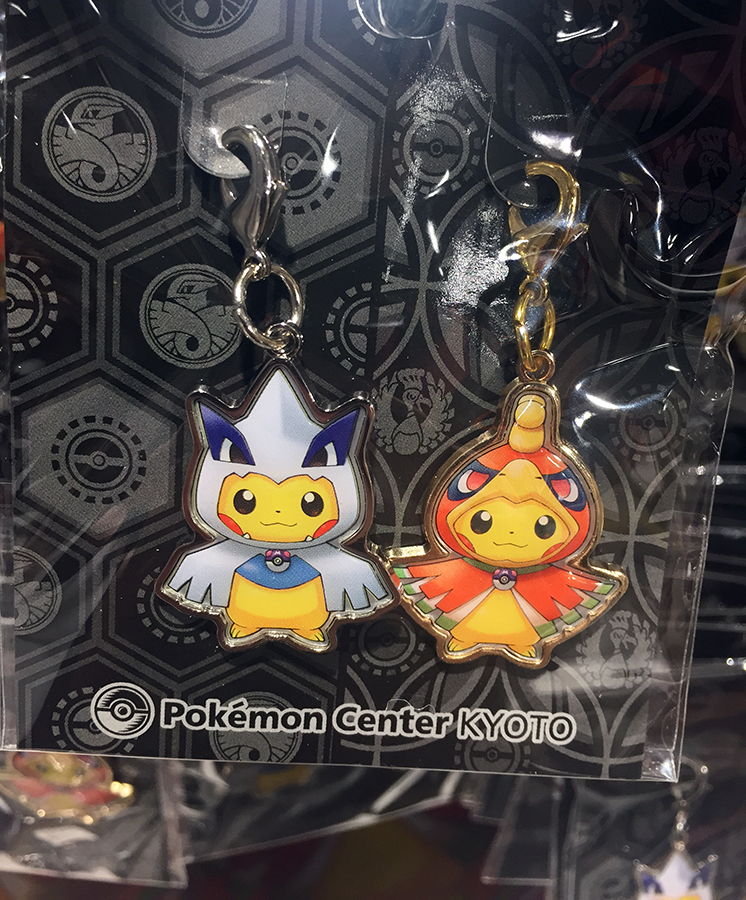 Although both items were still in stock when I returned to the Center on Sunday, I heard the Yokohama Center sold out of both on Saturday, and so did the on-line Pokemon Center. Do not underestimate people’s love of metal charms (and pins!) 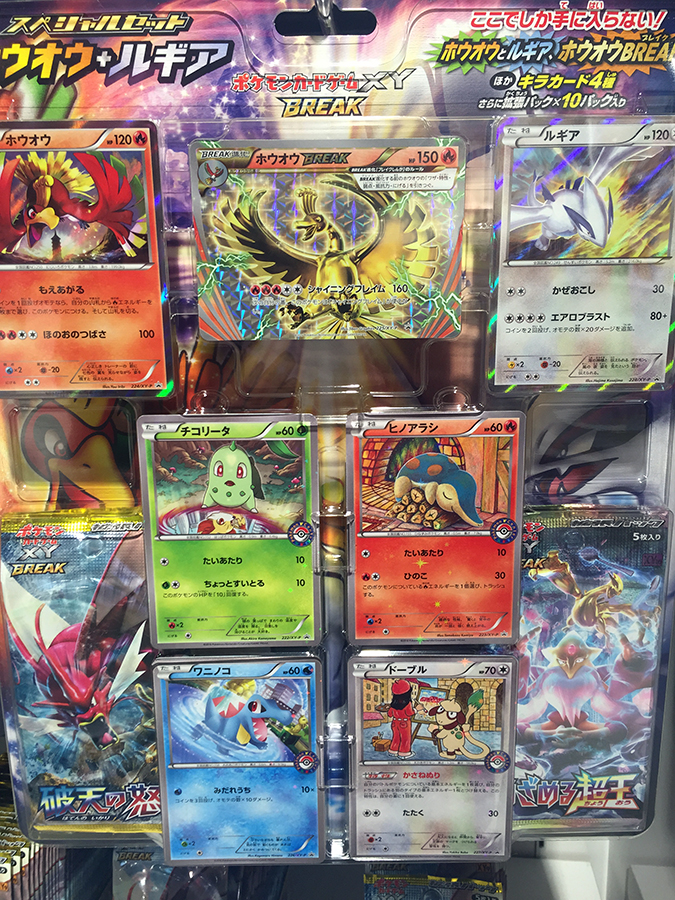 There was also a special Lugia and Ho-oh card set, featuring a Ho-oh Break Card. 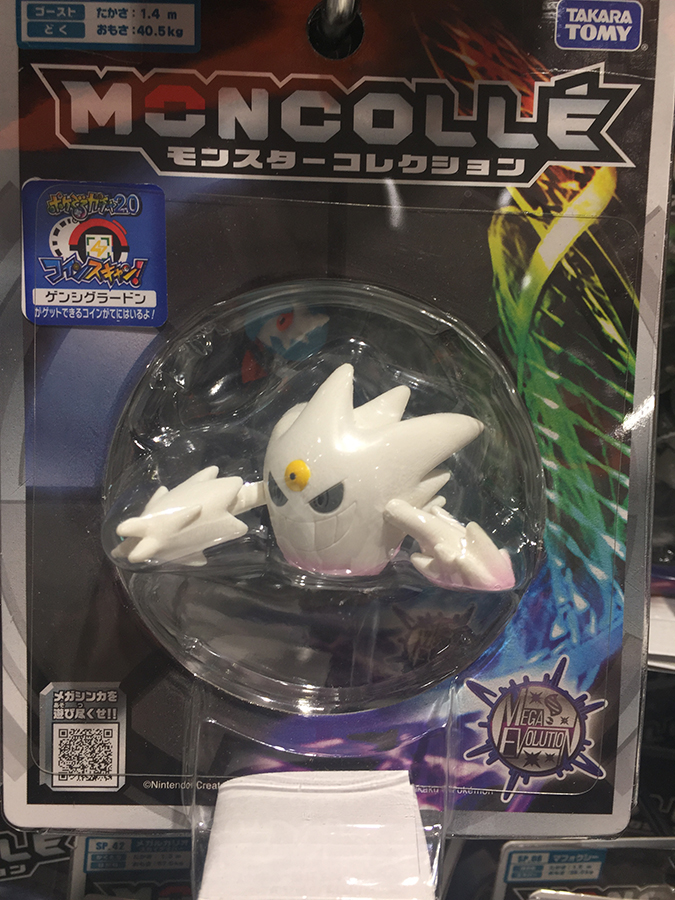 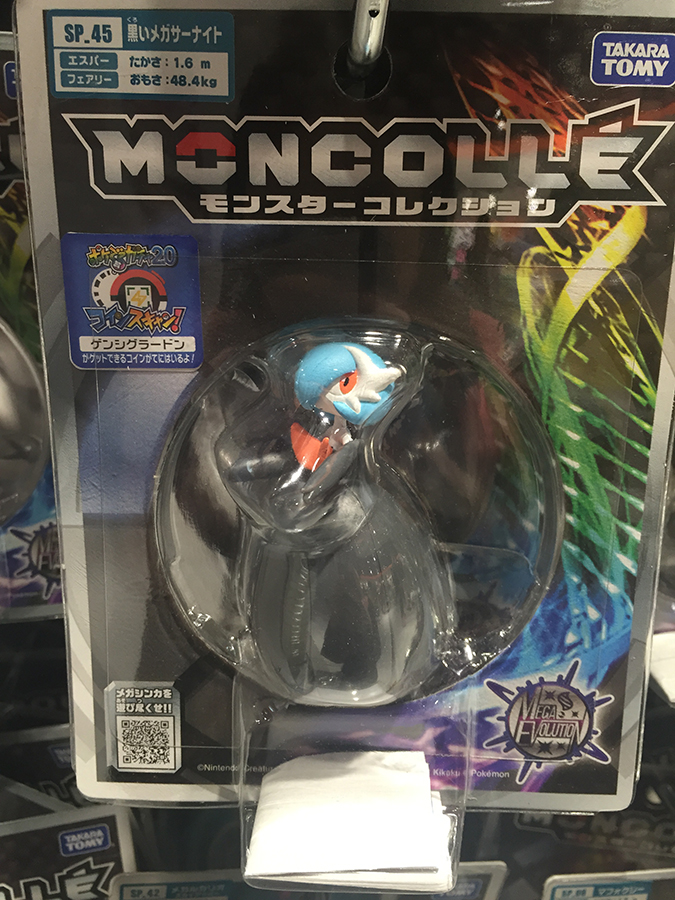 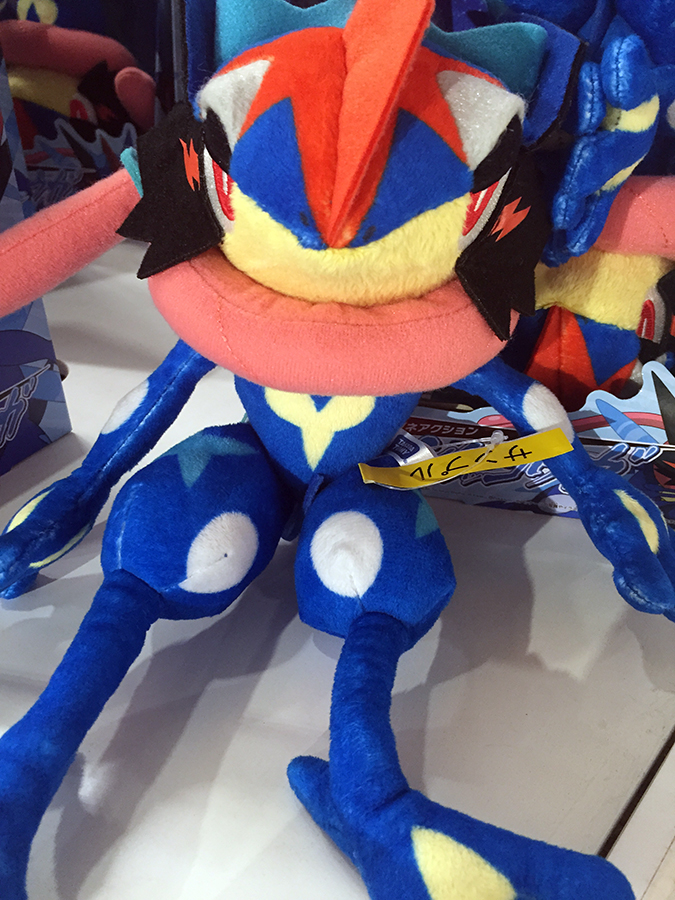 An Ash Greninja plush also went on sale! He has little magnets in his hands so you can attach him to things. 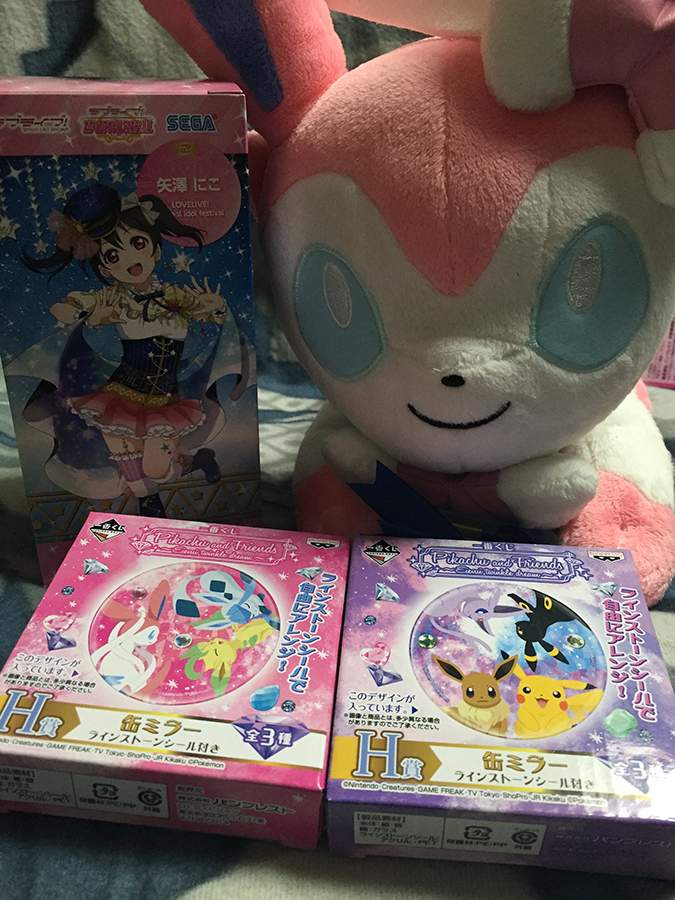 Last and certainly not least, the Eevee Twinkle Dream ichiban kuji started on Saturday (to great applause!) I was not as excited for the kuji, because my luck is horrible, but I decided in the end to try 3 times and my horrible luck pulled through for a change; I managed to win a Sylveon plush, which was the C prize! (And two mirrors, but Sylveon!!) Not gonna lie, that made my entire month. 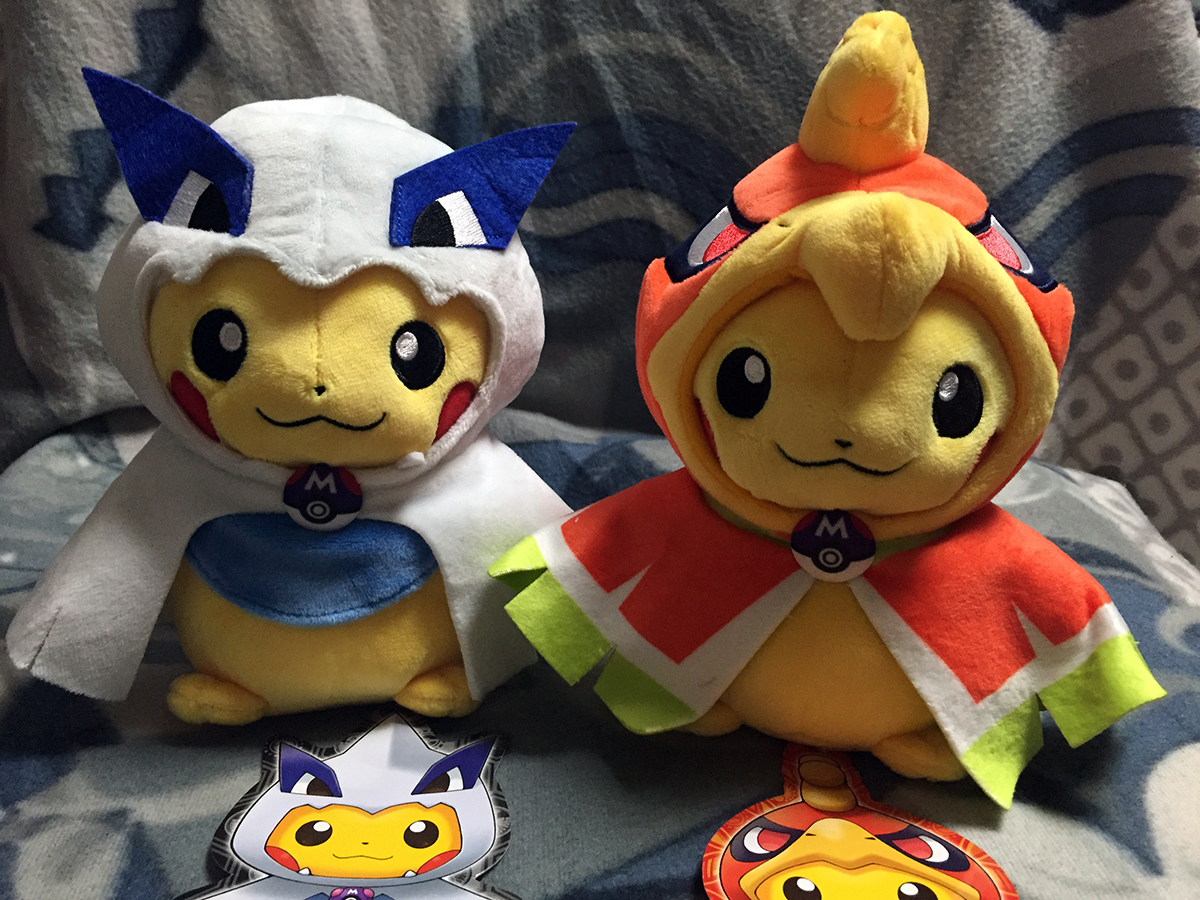 Moving on to the plush review! Here are the two Poncho Pikachus next to each other. 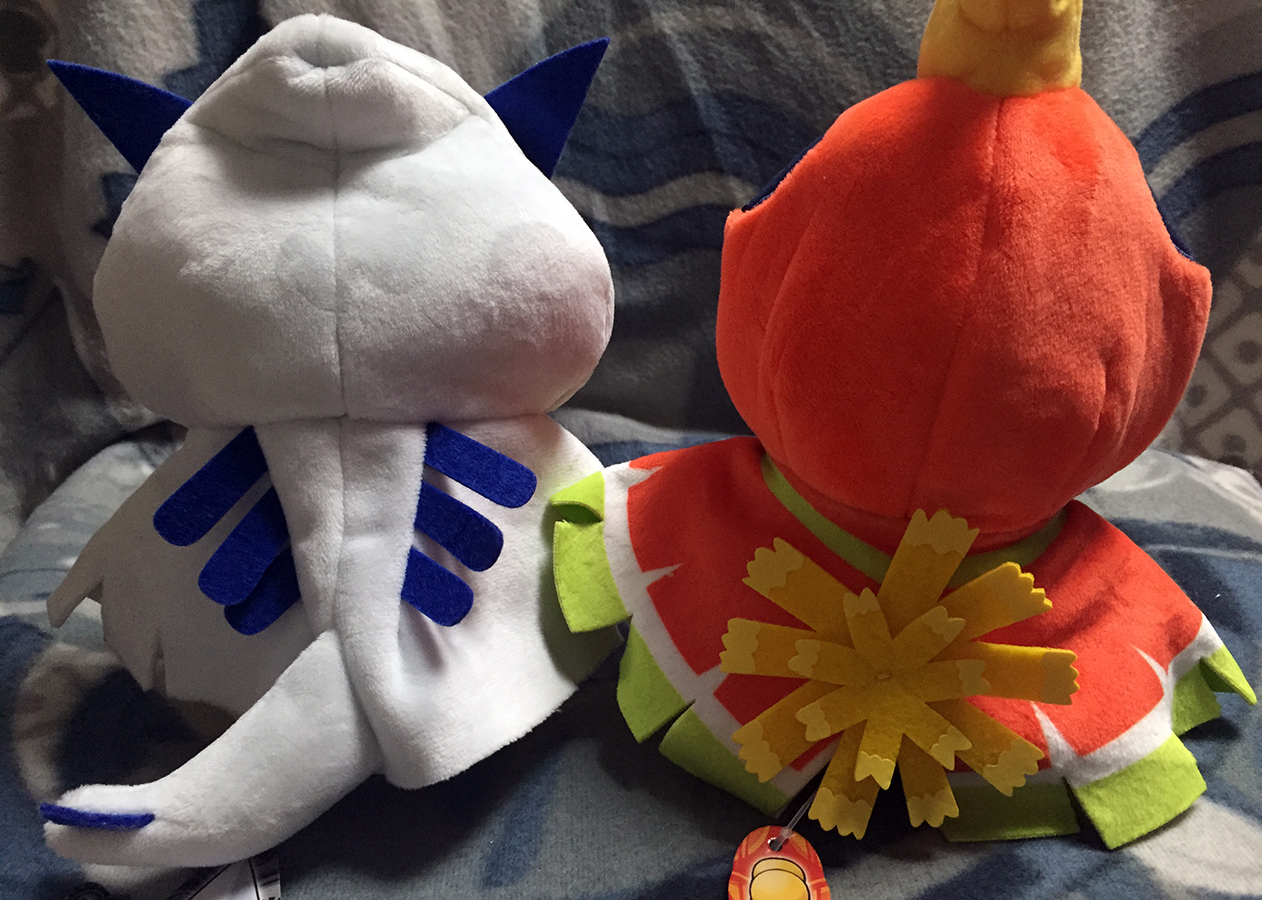 And from the back. Lugia has a cute little tail and Ho-oh has pom-pom tail feathers. 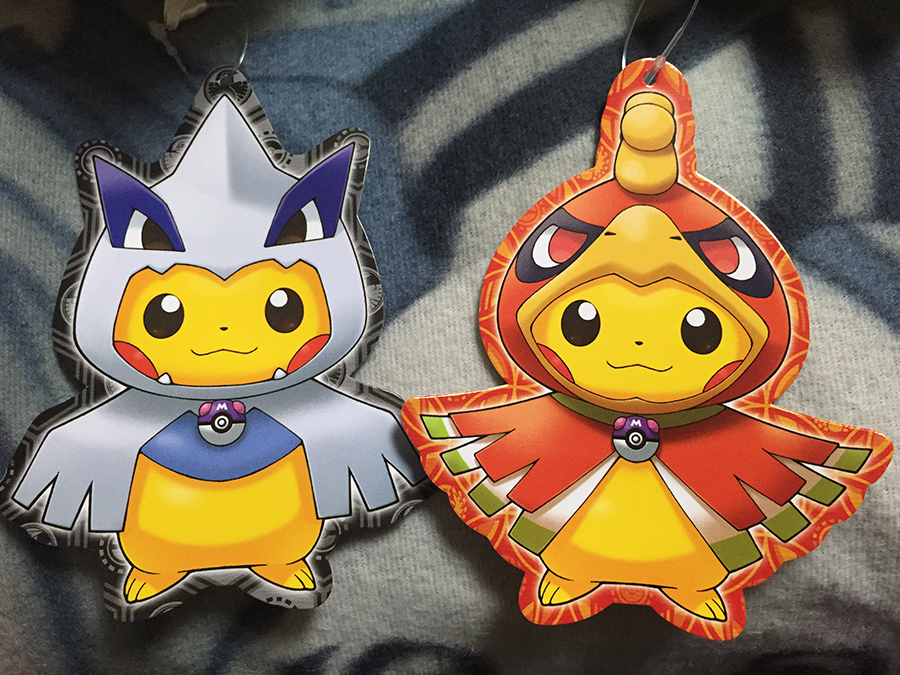 Their tags are the general Poncho Pikachu die-cut style. 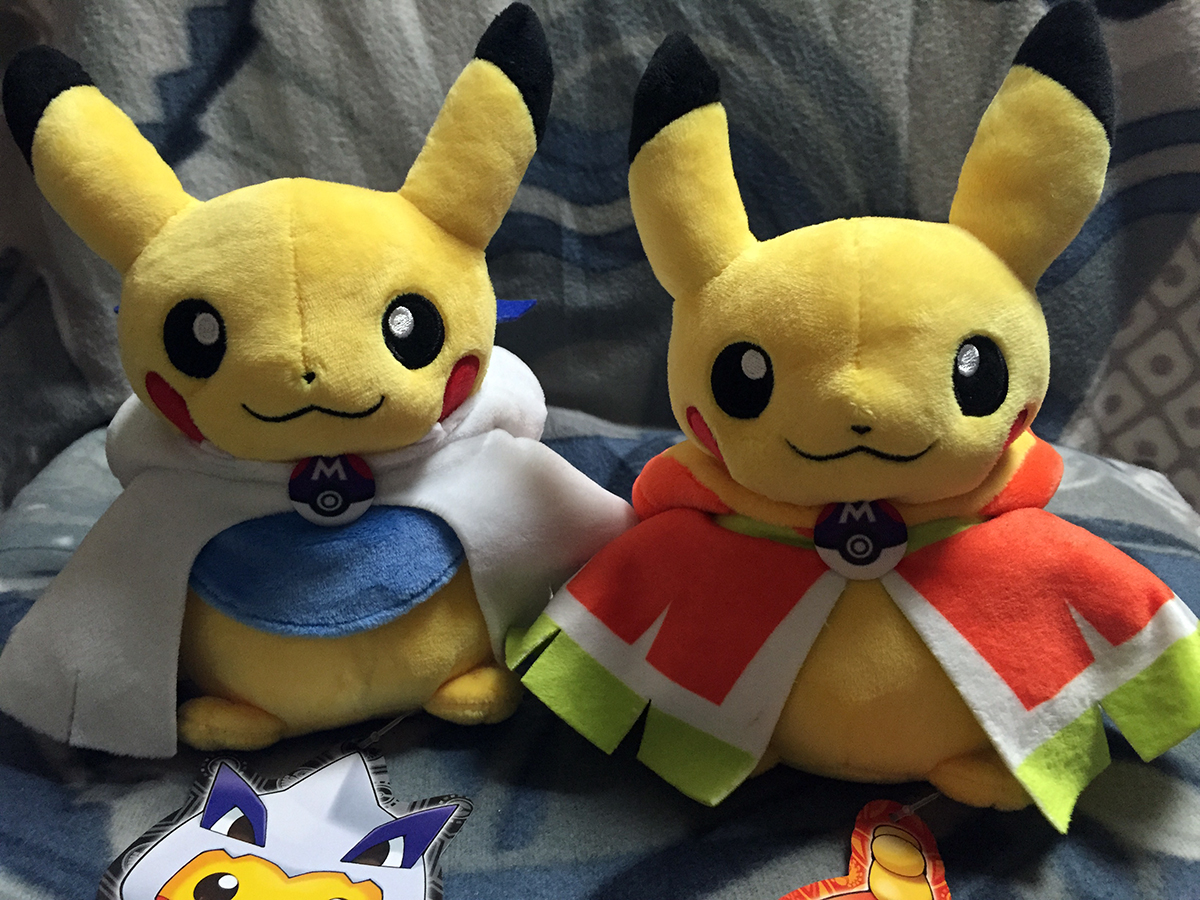 And as with all Poncho Pikachu plushies, you can lower the hoods.

Basically, if you like the Poncho Pikachus, and you love Lugia and Ho-oh, then you will love these plush. They are soft, their little capes are adorable, and the Pikachus are cute with or without the hoods. 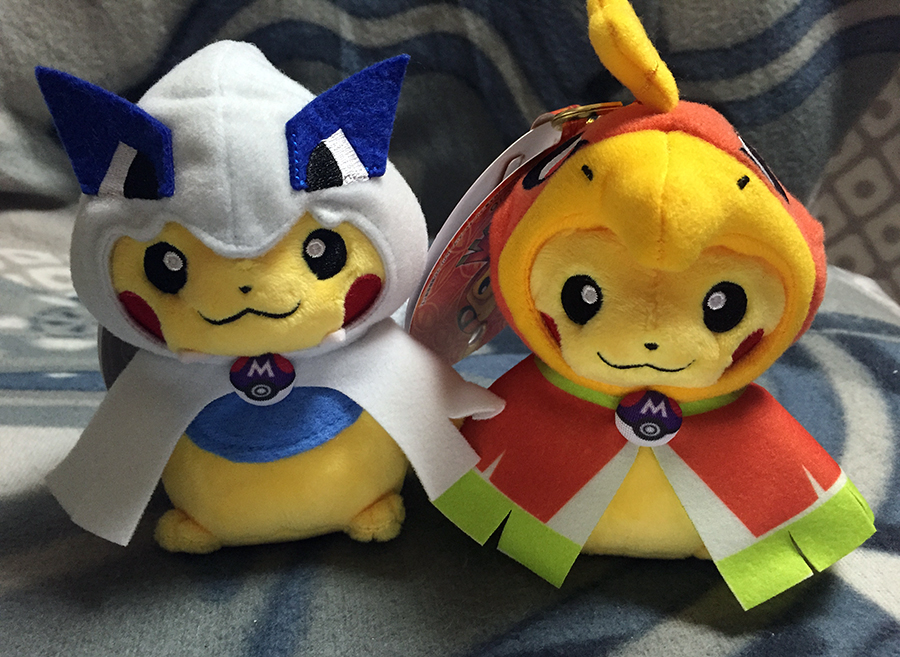 The mascot plush are pretty much identical, except smaller, and you cannot remove the hoods. 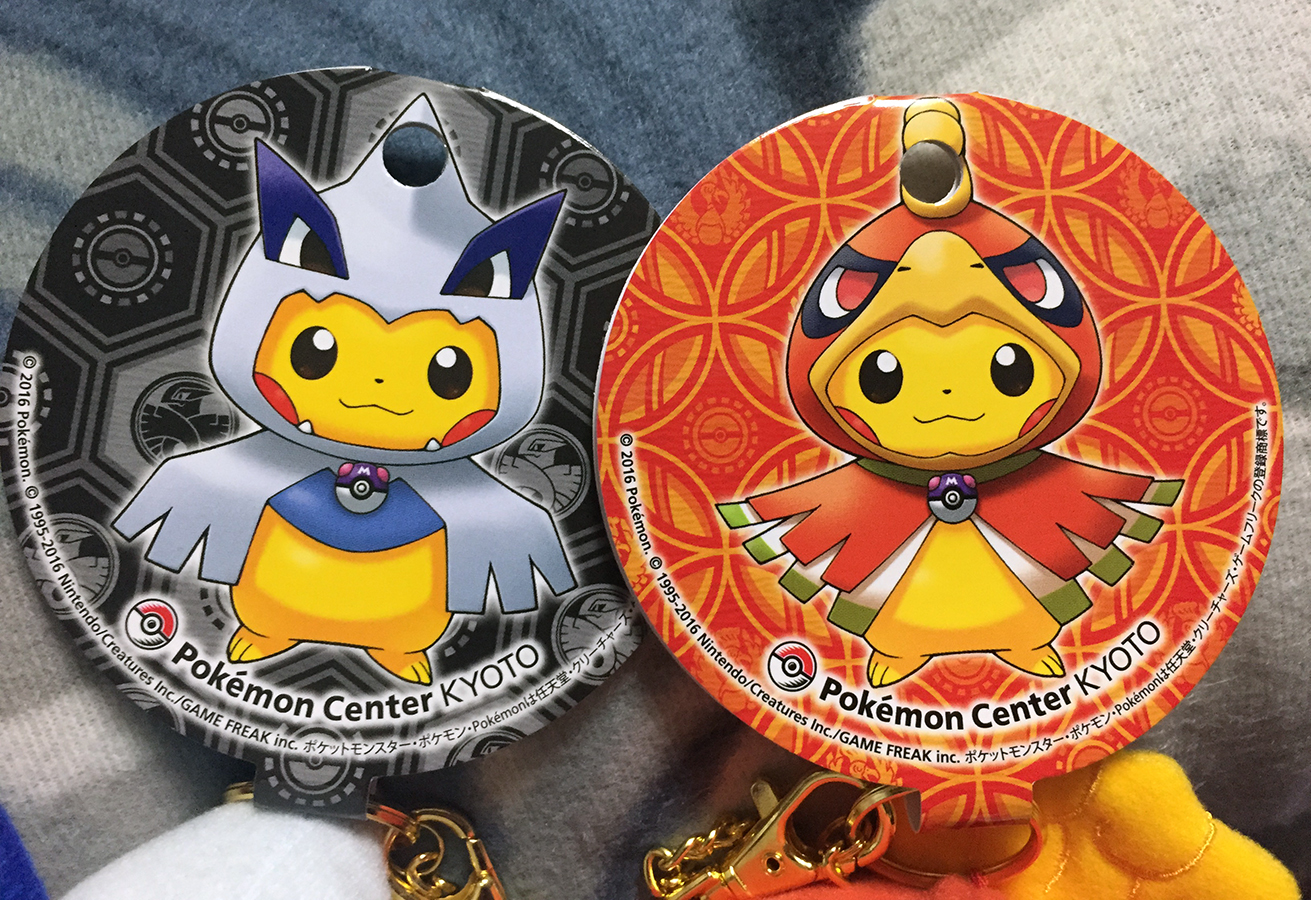 Also, the tags are round instead of die-cut.