I wasn’t expecting anything too exciting tonight, so I was surprised in a good way by what we got.

From the Pokemon TCG front, the next booster set has been announced and is scheduled for release August 3rd (Friday).

This set, called “Fairy Rise” (sm7b) will sell for 162 yen per pack, with each pack containing 5 random cards.

Along with the boosters, new original Pokemon Center exclusive card sleeves, featuring Mina and Ribombee, will also go on sale August 3rd. As is the case recently, sleeves will be sold in full deck packs and cost 777 yen including tax. 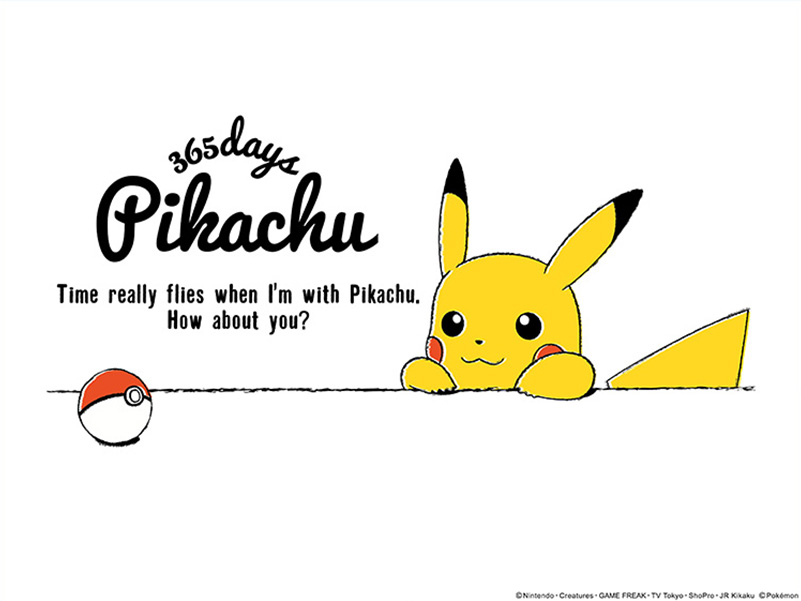 A new collaboration between the Pokemon Center and Loft, a Japanese stationary store, will go on sale exclusively at Loft stores July 28th (Saturday). These items will be available until the end of August or whenever they sell out, whichever comes first.

For customers who spend at least 1,080 yen in stores on Pokemon merchandise, they will receive 1 of 4 types of can badges. These can badges are random and will be given out on a first come first serve basis until they run out. 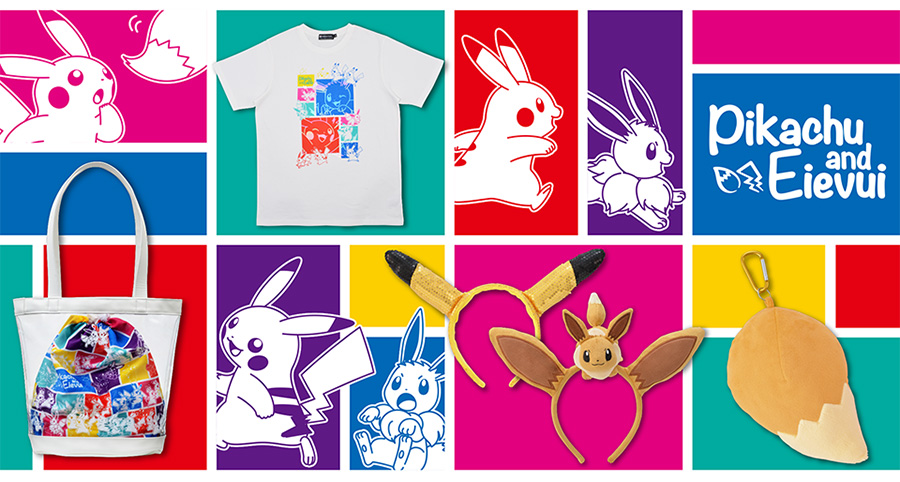 The annual Pikachu Invasion event in Yokohama is just around the corner, and the Pokemon Center is here to get you hyped with items you can use and wear when you go (in person or in spirit!)

These Pikachu and Eevee items will go on sale at all Pokemon Centers and Stores around Japan from July 28th (Saturday). 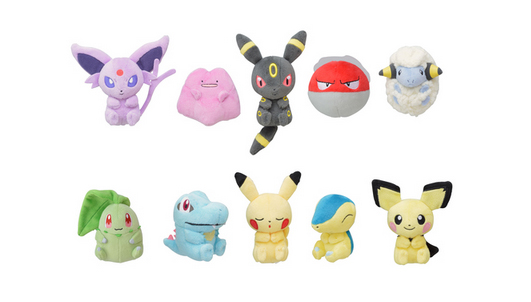 Last and not least! A surprise release for tomorrow (July 21st – Saturday) went up on the Pokemon Center’s official On-Line Store earlier today.

These tiny plush are sold blind packaged in pokeballs, which means that no, you can’t pick which Pokemon you get unless you’re really good at guessing weights to Pokemon while holding a sealed Pokeball.

Each plush is 864 yen including tax, and this set (the second from the series) includes 10 possible Pokemon: Umbreon, Espeon, Voltorb, Ditto, Pikachu, Pichu, Mareep, Chikorita, Totodile, and Cyndaquil.