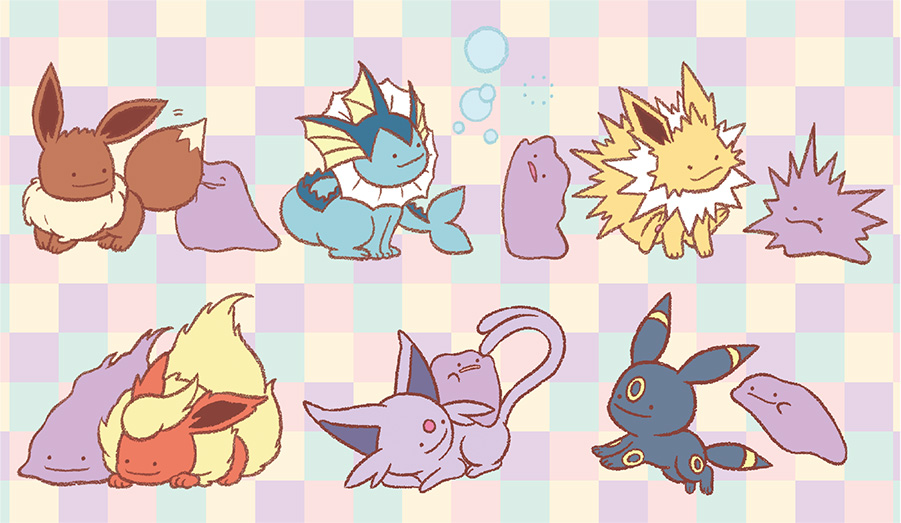 We only got one merch announcement yesterday, but it was exciting.

A third part of gacha figures from the popular Ditto Transform! series is coming out at all Pokemon Centers and Stores in Japan starting May 13th (Saturday).

This gacha set will include Eevee, Flareon, Vaporeon, Jolteon, Espeon, and Umbreon (along with Ditto) with no secret figures. As usual, one play is 300 yen. Not announced on the Pokemon Center website, but new Takara Tomy plush are scheduled for release sometime in June.
The release batch includes Ash’s Pikachu, Mimikyu, and Bewear. Last but not least, a reminder that we’re still accepting orders over at Japan Stuff for the Decidueye, Primarina, and Incineroar plushies coming out Saturday, April 22nd. Check it out if interested!