Hello everyone and welcome to another Pokemon Center Report!

The first two big releases for February fell on a Friday (February 1st), I guess to shake things up.

There were two plush designs in total: normal pose and sitting pose (with the open smile face).

Both are cute and soft! 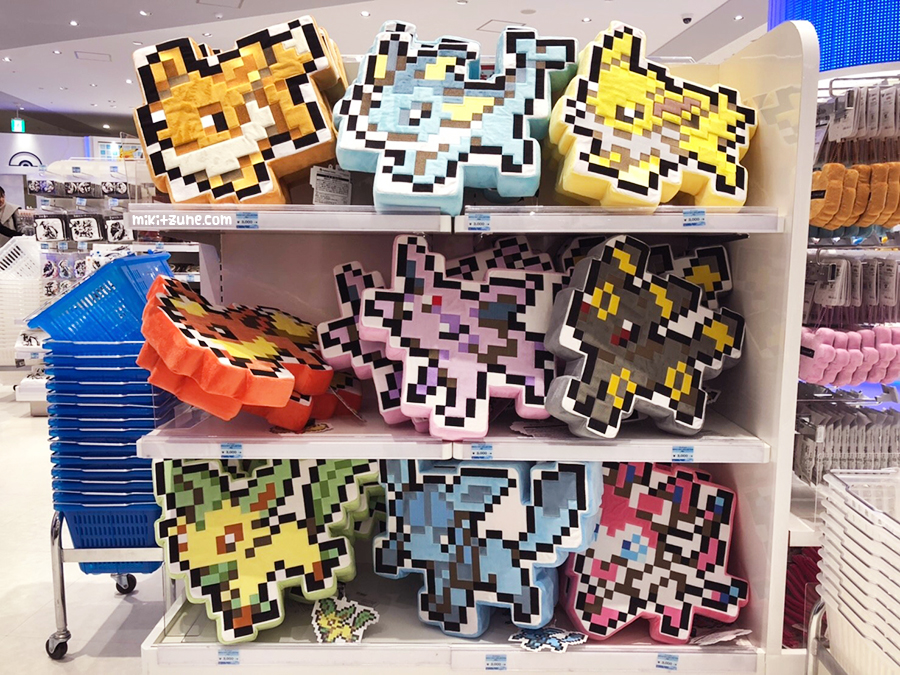 The promo included a variety of items based on dot sprite versions of Eevee and the Eeveelutions.

Each Eeveelution had their own die-cut cushion and matching die-cut mascot plush and rubber pin. 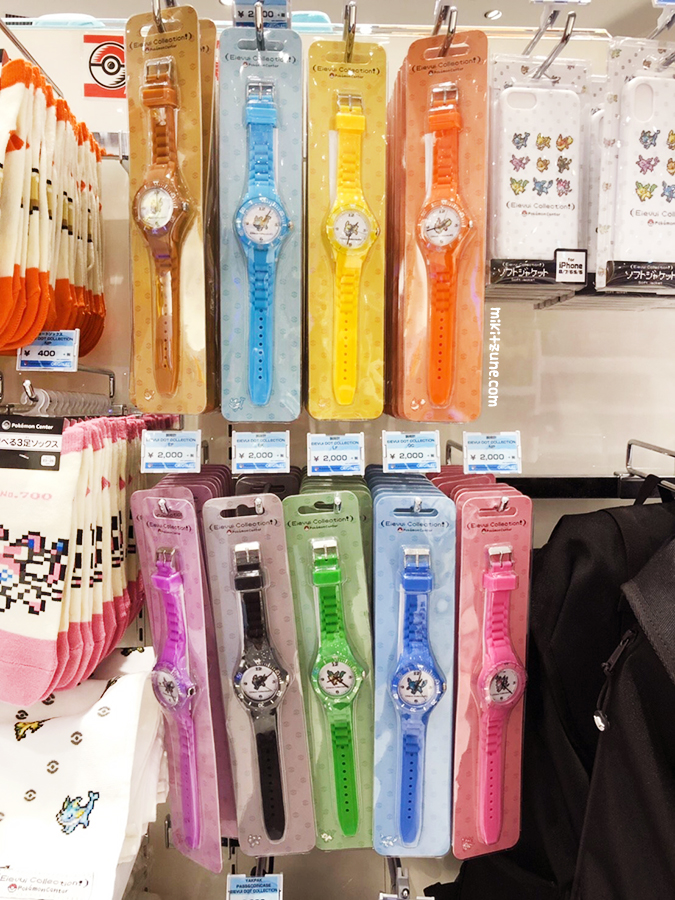 The unique addition to the merch list was a collection of watches – one for each Eeveelution!

Other neat things from the promo included: a set of cute band-aids, sticky notes, a notepad, and (not pictured) phone cases, a hoodie, t-shirts in two designs, decoration tape, plus a set of earrings with one of each Eeveelution! 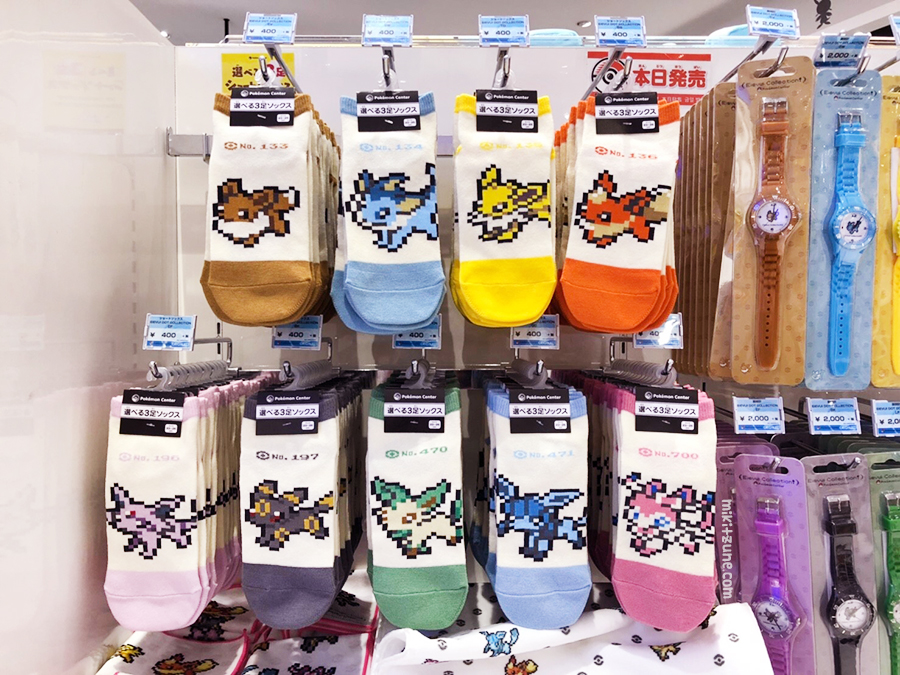 And of course, not forgetting the socks!

That wraps up this week’s Pokemon Center Report~

This past weekend at the Pokemon Center was pretty lackluster, but a couple new things came out.

There was a very small collection of clothing and related items, mainly featuring Pikachu, and aimed at parents with kids.

Each clothing item (t-shirt, hoodie, and jacket) had an adult version and a smaller but matching child version.

Due to some sort of manufacturing error, the jacket release was delayed. At this point, we don’t yet know when the new release date will be, but as soon as anyone knows, that information will be posted. Along with the apparel, there were also two types of pouches and four tote-bags.

Half the items had this weird houndstooth style pattern, which I realized upon closer inspection is actually made of Pikachu silhouettes. I’m still not a fan, but I guess it’s less random now that I know.

Although only three tote-bags are pictured here, there was actually four – one was the Pikachu houndstooth pattern but smaller sized.

There were also two sets of clothing patches, one with Pikachu and a Pokeball and one with two Pikachu faces.

Not really new but still interesting, the Tokyo DX Center started stocking phone cases and a couple other items from the Edvard Munch art exhibit that happened at the end of 2018. Last but not least! Samples of the up-coming Q-Pot x Pokemon part 2 Eeveelution cupcake bag charms are currently in display at Pokemon Centers in Japan.

Similar to part 1, these charms are cute and food related! But please don’t eat them.

Hello everyone and welcome to another exciting “Pokemon Center Report”!

The Pokemon Sumie promotion was unique in a lot of ways. Not only did the art have a very distinctive style, but along with some of the more common Pokemon Center promo items, there was a bunch of not often seen stuff as well.

The promo also included: t-shirts (one for each of the Pokemon featured), can badges, three phone cases, a couple different types of pouches, and stickers

In keeping with the Japanese style theme, there were also foldable fans, blind packaged mini foldable screens, door cutains, and a bento box in two designs. It was a really nice promo!

Moving on! As mentioned, along with the Pokemon Sumie promo, we also got this year’s Valentine’s Day promo (maybe?): Fluffy Little Pokemon. In direct contrast to Pokemon Sumie, the style here is more typical Pokemon Center.

Fluffy Little Pokemon had two mascot plush: a boy Pikachu and a girl Pikachu. There were no matching plush.

Along with the mascot plush, there were a bunch of typical Pokemon Center items including…

On a final note: I can’t say for certain that this was the Valentine’s Day promo, but there wasn’t really anything else that clearly was for Valentine’s, so either way, it’s kind of disappointing. Last year we had the really cute bakery themed promo and I was hoping for something equally cute this year. Maybe we’ll get something for White Day!